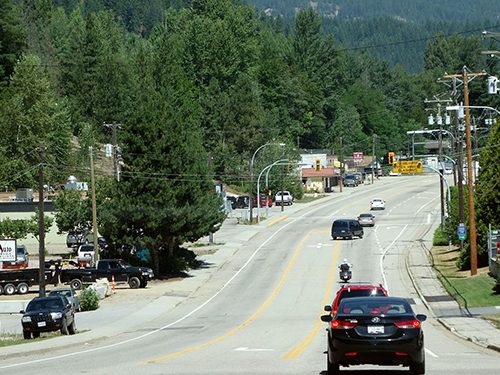 Building non-partisan community support for climate action that will endure through municipal election cycles is an absolute imperative to solving the climate crisis. That is the core message being delivered in the West Kootenay EcoSociety’s 2020 Climate Playbook and Toolkit.

Five years of hard work in the making, the 50-page road map offers policy-makers and locals a detailed template for everything a Canadian rural community or small town needs to begin and complete the transition to 100% renewable energy by 2050.

As of January 19, the British Columbia villages of Kaslo and Warfield, as well as the cities of Castlegar and Rossland, have officially adopted the EcoSociety’s plan. Still considering are the communities of Silverton, New Denver, and Slocan, the Regional District of Central Kootenay, and the EcoSociety’s own hometown of Nelson.

If all sign on, the communities will together encompass “one of the largest geographical areas in the country to commit to 100% renewable energy.”

A unique aspect of the plan is that it keeps the most vulnerable citizens at the centre. “We need enough people to support vulnerable people-focused climate policy, otherwise elected leaders won’t have the backing to embrace good policy,” explains the EcoSociety, in a post announcing the playbook.

To that end, the group urges anyone working to advance the cause of renewable energy to remember that the initiative is for everyone. “100% renewable energy uses positive, solutions-oriented language that appeals to the majority of people, not just those who are already in support of ambitious climate action,” EcoSociety writes. “Inclusive language opens the door for new people to come in and work in-community to develop solutions and support resourcing for ongoing implementation.”

That means avoiding the term “emergency” when speaking of the climate crisis, and recognizing that terms like “green new deal”, “climate action”, or even “green” are likewise polarizing. Language like “renewable energy”, “clean energy”, and “reducing pollution and waste” is less likely to alienate people who are not yet onboard.

Such inclusive language is doubly necessary in a region that remains deeply rooted in fossil-intensive resource industries, especially logging and mining. Alert to the need to “connect with people so they can be open, feel vulnerable, be heard, and be able to visualize what a new way of doing things could look like,” the EcoSociety says it is developing an engagement program that uses “deep canvassing” to find common ground within rural and small-town communities. The findings will be shared later this year.

Free copies of the Playbook and Toolkit are available on the EcoSociety website.