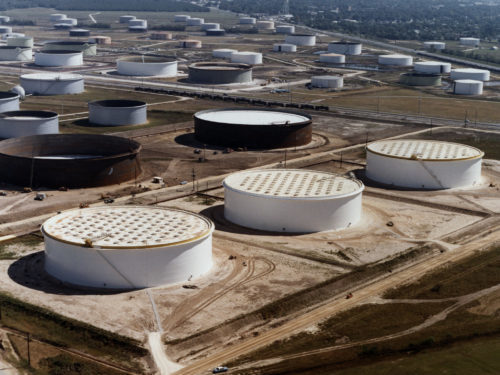 A new report suggests the economic impact of the pandemic led to a massive increase in federal aid to Canada’s oilpatch.

The annual inventory of fossil fuel subsidies published by the International Institute for Sustainable Development (IISD) shows Canada spent at least C$1.9 billion in direct aid to the traditional energy sector last year, up from $600 million in 2019, The Canadian Press reports. More than three-quarters of that—$1.5 billion—was to help companies restore abandoned oil wells in Alberta, Saskatchewan, and British Columbia.

The report also highlights that almost all of the direct aid was paid out in two programs to protect jobs and cut greenhouse gas emissions, CP says.

Another $320 million was aid to Newfoundland and Labrador’s offshore oil industry, which was hit hard last year by the pandemic and the oil price collapse in the spring. Report author and IISD policy analyst Vanessa Corkal said the oil recovery fund for the province was initially pitched in a way that would require it to show an environmental impact, but it’s not clear that’s happening. Most of that funding has yet to be committed.

The report presents a nine-point list of non-tax subsidies, three of them fully and one of them partly related to pandemic recovery, for which IISD could not quantify 2020 spending due to a lack of federal data. It includes:

• $13.2 billion per year in public finance, along with a potentially lucrative, pandemic-related loan guarantee program, through Export Development Canada;

• A pool of $675 million available to eligible onshore fossils and $75 million to offshore operators under the federal Emissions Reduction Fund;

• A corporate bond purchase program through the Bank of Canada for which 19 fossil fuel companies are eligible;

While the federal government showed a new level of transparency in 2020 by releasing a list of the tax subsidies, Corkal told The Energy Mix, Ottawa is still “not actually being explicit about the amounts”. She added that the report excludes provincial subsidies directed to fossil fuel production, or aimed at reducing consumer energy costs during the pandemic.

The IISD release raises further questions about how to define fossil fuel subsidies, an issue Canada has not solved despite promising to eliminate “inefficient” ones for more than a decade now. “The problematic aspect is how do we make sure they’re not supporting future fossil fuel production,” Corkal told CP.

Canada first promised to eliminate inefficient fossil fuel subsidies as part of a G20 commitment in 2009, and Prime Minister Justin Trudeau more recently set a target date of 2025 to do it.

But there is no set definition yet for what inefficient means. Environment Minister Jonathan Wilkinson says that in his view, programs that are good for the environment don’t count.

“Fossil fuel subsidies are those that are largely dedicated to either enhanced fossil fuel production or extraction,” he said in an interview with The Canadian Press Thursday. Wilkinson said he thinks most of the measures listed in the new report aren’t subsidies, including the funds to properly decommission abandoned wells.

Corkal said any kind of financial support to companies that produce fossil fuels could ultimately help those companies invest to produce more oil and gas. She said that just makes no sense when the government is trying to reduce that production by putting a price on the pollution they create when burned.

The report likens having subsidies and a carbon price to “trying to bail water out of a leaky boat.”

The G20 fossil fuel subsidy promise has led to multiple countries partnering up to do peer reviews of each other’s subsidies. The United States and China, Germany and Mexico, and Italy and Indonesia all completed their reports in 18 to 24 months.

Canada and Argentina agreed to a joint review in June 2018, but it’s still not finished. Wilkinson would not say when it might be done.

Corkal said it’s impossible to phase out anything until there’s a full picture of what exists.

Environment groups welcomed the orphaned oil well program last spring, believing it to be a better way to help the sector than subsidizing oil production. But Corkal said taxpayers shouldn’t be on the hook for cleaning up orphaned wells permanently.

“Even if a subsidy has clear emissions reductions benefits, it’s ultimately still reducing the cost of business for fossil fuel producers,” she said.

President Joe Biden made eliminating fossil fuel subsidies in the United States an immediate priority. On his first full day in office, he directed all federal agencies to identify any direct federal spending on fossil fuels, and to eliminate any such spending from the budget next year.

By contrast, Corkal said a past IISD scorecard placed Canada dead last among G20 countries in its efforts so far to phase out fossil subsidies. “We need to see some movement, especially with the U.S. starting to make progress,” she told The Mix.

The main segment of this report by The Canadian Press was first published February 25, 2021.