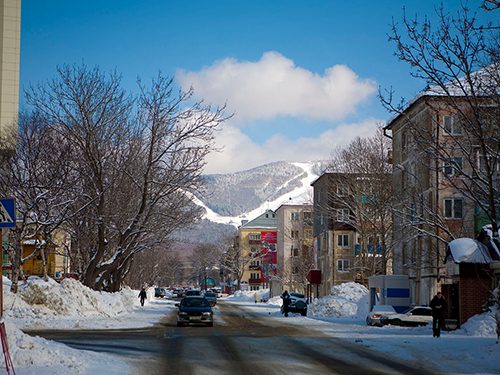 Russian environmental activists are expressing surprise and encouragement at the “unexpected experiment,” Thomson Reuters writes. At present, Sakhalin’s economy is heavily dependent on fossil fuel extraction, and on coal exports in particular—making carbon emissions trading a critical factor in achieving the net-zero target.

While the Kremlin has been lethargic in its approach to the climate crisis, including the development of a national carbon price, it has given the go-ahead for the North Pacific island territory to proceed with its own pilot carbon trading scheme, a first for the country.

To that end, the regional government of Sakhalin plans to complete an inventory of both its emissions and the carbon sequestration potential of its vast taiga forests and boglands by August. The plan is to launch the trading system by mid-2022.

Sakhalin authorities will also be seeking to persuade a significant percentage of its 500,000 citizens to embrace EVs. Aiding this quest: “tax breaks, charging stations, and dedicated parking lots for electric vehicles, alongside a ban on all petrol and diesel cars by 2035.”

Sakhalin Deputy Prime Minister Vyacheslav Alenkov told Thomson Reuters his region is also pursuing both the technologies and the investors necessary to develop renewable energy, with small-scale hydro, wind and solar, and geothermal all strong contenders based on the geography of the region.

Switching coal-fired power plants to natural gas and establishing a hydrogen-fuelled passenger train system are also in the cards, as is promoting sustainable management of the region’s taiga forests.

Moscow still has a long way to go on climate policy and programming. Vladimir Chuprov, head of Greenpeace Russia’s energy program, told Thomson Reuters the country is “10 to 15 years behind global trends in regulating carbon emissions.”

Such tardiness owes to Russia’s low emissions targets, which in turn are linked to heavy lobbying from the country’s mammoth fossil sector. And with little asked of industry in the way of reductions, there is no demand for offsets—which means in turn that there is no appetite for a national carbon market.

This roadblock is apparent in Moscow’s draft of new legislation on the subject, Thomson Reuters notes. The regulation includes neither a carbon tax nor an emissions trading system and, correspondingly, “does not foresee reaching carbon-neutrality any time before mid-century.”

Fossil lobbying is also at work behind the scenes of Sakhalin’s experiment. Alexey Kokorin, director of WWF-Russia’s climate and energy program, said the region’s net-zero plan is taking shape “because oil and gas companies in the region, including Shell, are keen to shrink their carbon footprint and start producing carbon-neutral LNG.”