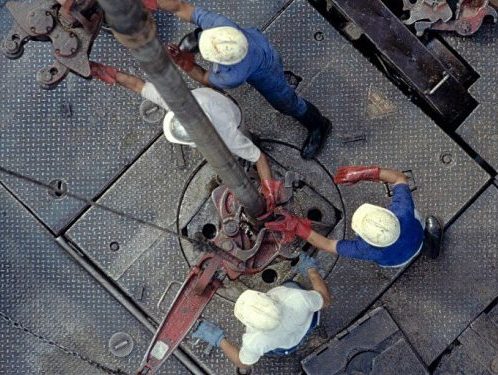 The CEO of TC Energy Corp. is warning that the cost of its Coastal GasLink pipeline to bring natural gas from northeastern British Columbia to Canada’s first LNG export terminal is rising and completion will likely be delayed due to a construction halt to control spread of the COVID-19 pandemic.

“We expect that project costs will increase and the schedule will be delayed due to scope increase, permit delays, and the impacts of COVID-19, including the provincial health order,” François Poirier told a conference call last Thursday.

The project was estimated to cost C$6.6 billion when announced in 2018, The Canadian Press states. TC Energy said it was working with the consortium that owns the $40-billion LNG Canada project to establish a revised pipeline plan, just days before CBC reported on environmental violations on a construction project that crosses about 625 waterways in northern B.C.

TC Energy subsidiary Coastal GasLink “says its environmental experts have devoted 43,000 hours to lessening the impact on fish and aquatic habitat along the route,” CBC writes. “Still, B.C. officials—and Coastal GasLink itself—have already flagged environmental violations” along a 670-kilometre pipeline route that “crosses vital habitat for salmon and other fish, including the blue-listed bull trout. Blue-listed species include any indigenous species or subspecies considered to be vulnerable in their locale.”

First Nations raised concerns about the project’s impact on fisheries and salmon populations as far back as 2013. But now, “construction is scheduled across tributaries of major watersheds, including the Fraser, the Skeena, and the Peace,” CBC says. So far, the province has reported two environmental violations along the route, one of them affecting 68 wetlands, the other resulting in turbid water flowing into Fraser Lake.

On the conference call Thursday, TC Energy warned it expects to take a “substantive” charge on its cancelled Keystone XL pipeline project when it reports first-quarter financial results, CP reports. Poirier said the company doesn’t see much in the way of opportunities to build other large oil pipeline infrastructure, but will achieve its target of $5 to $6 billion per year in capital spending in other ways.

Those could include maintenance, growth projects at the Bruce Power nuclear facility in Ontario, expansions of existing natural gas and liquids pipelines in Canada and the U.S., and renewable power projects to reduce greenhouse gas emissions at existing sites, he said.

“Our starting point is that this is irreplaceable infrastructure,” he said in response to a question about filling the gap left by the Keystone XL project.

“It’s a very high-quality cash flow stream underpinned by contracts with creditworthy counterparties and any other alternative has to compete with the growth and earnings and cash flow that this is going to generate.”

In the spring of 2020, TC Energy approved spending US$8 billion to complete Keystone XL after the Alberta government agreed to invest about US$1.1 billion (C$1.5 billion) as equity and guarantee a US$4.2-billion project loan.

In its just-posted 2020 annual report, TC Energy says the carrying value of the Keystone XL project is about $2.8 billion, which reflects the amount remaining after a 2015 impairment charge, along with additional amounts expended since January 2018.

It said in the report that Alberta had invested about US$800 million in equity in the project as of December 31.

Cash costs associated with Keystone XL could be offset by recoveries from shippers who contracted space on the pipeline, pointed out analyst Ian Gillies of Stifel FirstEnergy in a report on Thursday.

This report by The Canadian Press was first published February 18, 2021.