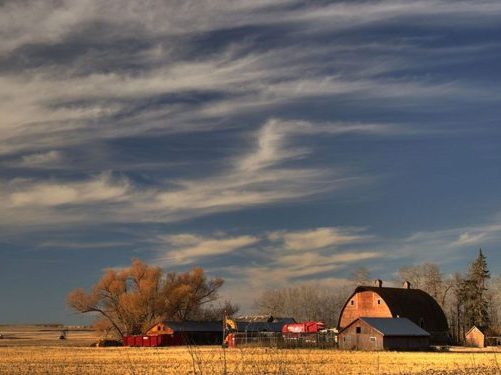 The exponential growth of unpaid property taxes from Alberta’s struggling oilpatch is threatening small communities and they need new ways to enforce the rules, says the group that represents them.

“I’m going to use the word crisis,” said Paul McLauchlin, president of Rural Municipalities of Alberta. “This becomes a viability conversation for municipalities.”

The association released a survey Thursday showing that the amount of outstanding property taxes from the oilpatch has tripled since 2019, The Canadian Press reports.

The industry owes C$245 million—more than half of which is from operating companies.

McLauchlin said the average owing to each of the group’s members is $3.5 million. The debt can equal anywhere from 10 to 20% of a rural municipality’s budget.

As the fossil industry faces generally declining prices and falling production, some companies are cutting costs by not paying their taxes. Unpaid taxes totalled $81 million in 2019 and $173 million last year.

The industry has said the way taxes are assessed is driving companies out of business. Properties are assessed by the provincial government, which evaluates them using replacement cost and not on market value.

McLauchlin said “civil disobedience” on the part of the companies is not the answer.

“If I felt my federal taxes were too high, and I decided not to pay my federal taxes, what would be the ramifications of that?” he asked. “I view this on the same level as an environmental liability.”

McLauchlin wants the Alberta Energy Regulator to ensure taxes are either paid or a payment plan is in place before it approves licence transfers for wells, pipelines, or other assets. He also wants the regulator, before it grants licences, to pay closer attention to a company’s ability to pay its taxes.

Rural communities also want more ways to be able to enforce tax collection. Right now, they are forbidden by law from placing liens or taking other measures on property such as pipelines.

“In this case, I can’t seize assets,” said McLauchlin, also the reeve of Ponoka County.

The United Conservative government has taken steps to ease the tax burden on industry. It has exempted new wells, pipelines and other infrastructure from property taxes. It has promised to lower assessments for less productive oil and gas wells and retain lowered assessments for shallow gas wells.

Former municipal affairs minister Tracy Allard didn’t address unpaid property taxes in the three-year deal that is set to expire after the next provincial election.

Current minister, Ric McIver, said the government is working to balance the needs of communities to run their facilities with those of companies who employ their residents.

“There are no easy solutions to this problem,” he said in a release. “We’re ready to work with both municipalities and industry to solve this issue.”

McLauchlin said he has had good communication with the province. “I’m satisfied we’ve got a trajectory.”

The Canadian Association of Petroleum Producers did not immediately respond to a request for comment.

McLauchlin said most energy companies pay their bills, but the ones that don’t raise costs for everyone else. He points out roads and bridges maintained by rural municipalities are heavily used by industry.

He said he hopes to see the issue addressed in the provincial budget expected Thursday.

This report by The Canadian Press was first published February 18, 2021