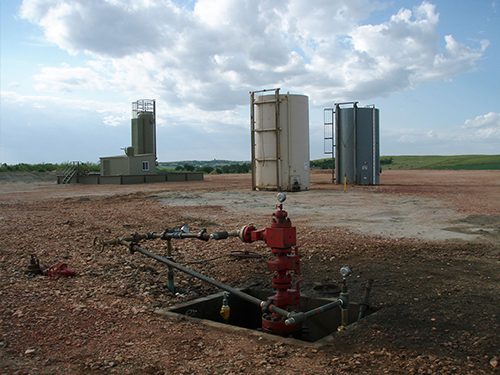 Citing the “existential threat” of the climate crisis, two California senators have introduced a bill that would sharply curtail fracking in the state—and eventually ban it outright. And despite the predictable backlash from fossil interests, the bill makes explicit a commitment to a just transition.

“This is real. It is harming so many people, and the time to deal with it in the future is over,” said Wiener. The two sponsors of Bill 467 also plan to upgrade it “to halt new oil and gas permits within 762 metres of homes or schools by January 1.”

Fossil industry representatives have been quick to push back. “Catherine Reheis-Boyd, president and CEO of the Western States Petroleum Association, said the legislation was ‘so broad and ambiguous’ it would ‘lead to a total [oil] production ban in California’,” writes AP.

Even so, oil and gas remains a money-maker. The Guardian reports that the industry “generated US$152.3 billion in economic output in 2017, which generated about $21.5 billion in state and local taxes.”

In addition to offering hyperbolic statements of imminent economic collapse, Big Oil’s backers are trotting out their go-to defence, which could be loosely translated as “but we’re better than those other guys.” State Senator Shannon Grove (R-Bakersfield) told AP that, should the bill become law, California would be forced to “rely on foreign countries with dismal human rights records that barely let women drive and have little to no regard for the environment.”

In a similar vein, California Independent Petroleum Association CEO Rock Zierman told The Guardian that “shutting down energy production under the toughest regulations on the planet will devastate the economies of oil-producing regions…and make the Saudi royal family even richer, all while eliminating the industry that is investing in the innovation needed to significantly reduce the state’s carbon footprint.”

Republican Vince Fong, a member of the California State Assembly, told AP that he doesn’t “quite understand” why, “at a time like now, when we need to be revitalizing our economy…we would be pushing legislation that eliminates jobs in our state.”

But UPI reports that the bill, which is supported by the Center for Race, Poverty, and the Environment, “directs the California Geologic Energy Management Division to identify oil and gas workers who lose their jobs to the ban and offer incentives to contractors to prioritize their hiring.”

And there will be plenty of work to be done, observes AP, citing an assessment by the California Council on Science and Technology that California has “more than 5,500 oil wells that have likely been abandoned,” with a potential clean-up price tag reaching above $500 million.

“It’s a declining industry,” Wiener told AP. “Instead of waiting for it to eventually decline and fall apart, let’s get ahead of it, facilitate the phasing out, and help the workers.”