Amtrak One? With a Rail Enthusiast in the White House, Transit Advocate Eyes a Renaissance 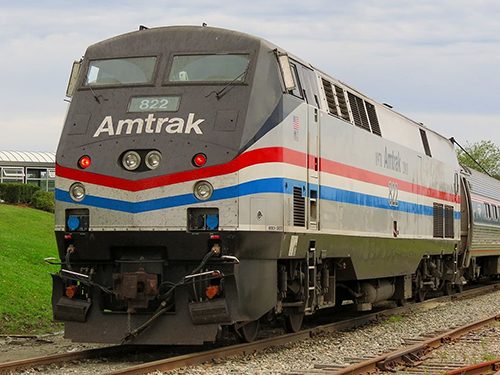 Through a three-decade career in the U.S. Senate, President Joe Biden famously made the commute from Delaware to Washington, DC by rail, and his plans to arrive at his inauguration in a train car were only derailed by threats of Trump-instigated violence.

Now, a former customer advocate for New Jersey Transit says the new occupant of Air Force One should imagine a transition to Amtrak One.

“Biden could send a powerful message by switching from Air Force One to Amtrak One for presidential travel between cities a few hundred miles apart,” Stewart Mader writes, in an early November guest post for the Philadelphia Inquirer. “That’s the so-called ‘sweet spot’ where rail travel is more convenient and environmentally sound than driving or flying.”

As a U.S. senator, Biden was known as “Amtrak Joe” for a reason, Mader recalls. Over those 36 years, he “traveled more than two million miles by train between Washington and Wilmington. In 2017, after eight years as vice president, Biden and his wife, Jill, traveled home to Delaware on Amtrak. Hours after launching his presidential campaign in 2019, Biden was spotted riding a train to New York—a reminder of how much rail travel is a regular part of his life.”

Which means that, as president, Biden could help reassure a “pandemic-weary public” that transit is safe by making Amtrak One a regular part of his itinerary, Mader says. “He can show solidarity with front-line workers by traveling on Amtrak One to make economic and policy announcements, visit hospitals, health facilities, warehouses, and factories, and highlight how transit investment will better protect historically underserved areas from pollution that disproportionately raises the risk of health problems, including COVID-19.”

And the trip to New York every September for the annual United Nations General Assembly would be so much less convoluted than a helicopter to Joint Base Andrews, a flight to New York, another helicopter to a heliport on Wall Street, then a motorcade through New York City gridlock.

“Biden could motorcade a few blocks from the White House to (Washington) Union Station, take Amtrak One directly to New York Penn Station in midtown Manhattan, and finish the trip with a short motorcade eight blocks east and six blocks north to the UN,” Mader writes. “By doing so, Biden would use the prominence of the presidency to demonstrate the convenience of city centre to city centre travel, and set an example for leaders everywhere to cut their own carbon emissions.”

More than a decade ago, then-vice president Biden wrote that his decades along Amtrak’s Acela line had given him “an understanding of—and a respect for—the role of rail travel in our society and our economy.” Now, “in an unprecedented moment of national crisis, President Biden has an opportunity to rally an economic recovery built on renewing the nation’s rails,” Mader says. “In doing so, he can rebuild the middle class, revitalize communities, and reignite our national identity as a can-do country.”