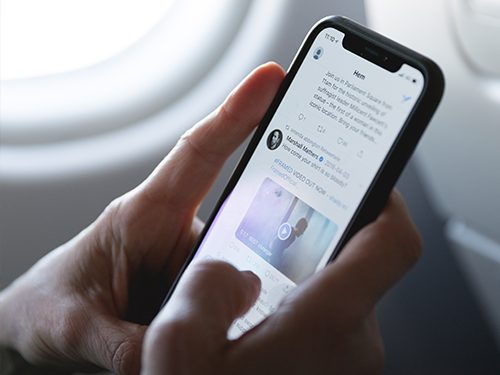 Long masters of the art of controlling the message in traditional media, Big Oil is finding social media—and its fact-checking, falsehood-revealing denizens—far less easy to manage.

Case in point, writes Gizmodo, was the “tidal wave of righteous anger” that washed across Twitter after colossal fossil Chevron sanctimoniously tweeted about the need for a “peaceful transition of the U.S. government” in the wake of the January 6 insurrection on Capitol Hill.

“Even as the oil company pinned its tweet, thousands of Twitter users piled onto it, calling out its donations to seditionists, its role in debasing democracy abroad, and human rights violations it committed in the pursuit of profit,” Gizmodo recalls. The event was just the latest example of “greentrolling”: a 21st-century version of picketing corporate headquarters.

“The two-way nature of communication means lies or misleading claims that would go unchallenged in an ad in a newspaper or on a webpage instead can become a new front in the war to destroy them and protect the climate,” Gizmodo explains. “No Big Oil tweet is safe from getting rolled up on by a gang of pissed off people.”

Or even just one very angry person with a good command of the social media platform. Fossil giant BP learned this the hard way when greentrolling enthusiast Mary Heglar responded to its suggestion that ordinary people calculate their carbon footprint with, “B—, what’s yours???”

Speaking with Gizmodo about the pros and cons of cyberbullying Big Oil, communications expert Darren Linvill from South Carolina’s Clemson University noted that Twitter itself can be a bit (or a lot) of an echo chamber. He added that the term greentrolling “might not be the best moniker to win hearts and minds, given the negative association with state-sponsored trolling and right-wing groups’ efforts to go after journalists.”

On the pro side of digital heckling, Linvill added that “brigading of corporate pages, if nothing else, works to deny that marketing channel to the [fossil] energy companies”—a situation they are unlikely to receive as good news for their balance sheets.