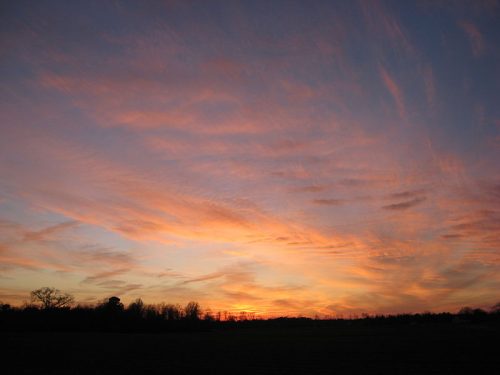 An enthusiastic—if imperfect—command of our technological powers has made humanity the dominant force on Earth, and we human beings are unlikely to stop monkeying around with nature. But some of our ideas may prove better than others, says author Elizabeth Kolbert.

Among the good ideas in Kolbert’s study: a project to “hybridize or crossbreed corals” to create reefs better able to withstand warmer temperatures and more acidic water. The brainchild of beloved coral scientist Ruth Gates, the “super coral project” was actually the original seed for her book, Kolbert said.

“We have very radically altered the oceans by pouring hundreds of billions of tonnes of CO2 into the air—and we can’t get that heat out of the oceans in any foreseeable time scale,” she noted. “We can’t change the chemistry back.”

Enter Gates, who passed away from brain cancer two years ago. Her coral project continued, however, and is now up and running in Hawaii.

Other ideas, however, strike Kolbert as needing greater reflection. Grist lists as examples “stamping out Australia’s cane toad invasion with genetic engineering, for example, or using giant air conditioners to suck carbon dioxide out of air” and turn it into a solid substance.

And then there is the proposal for a solar engineering project that would seek to turn the very sky a shade of white to increase its powers of reflection. Kolbert’s book takes its title from this alarming idea, Grist notes.

Kolbert said she intended the book to balance “hopeful and positive” stories with those that are likely to go epically wrong. While part of her narrative does seek to warn of the “slippery slope,” she told Grist she also wanted to depict the complexity of the planet-sized problems we too-clever humans have created for ourselves.

“Even people who consider themselves environmentalists will come down on different sides of some of these technologies,” she said. “The bind we’re in is so profound that there’s no right answer.”

Kolbert is aware that while some of her readers may come away feeling better, others may retort, “This is a broad highway to hell”—a comment that one real-world reviewer offered.

“And both of those are very valid reactions,” she said.

But her main concern with geoengineering as a solution to climate change is that time is not on our side, as any project of a large enough scale could take half a lifetime to get off the ground.

“We don’t have very many tools in our toolbox for dealing with climate change quickly, because the system has so much inertia,” she told Grist. “It’s like turning around a supertanker: It takes literally decades, even if we do everything absolutely right.”

As for where she stands on what Grist describes as “a longstanding fight in environmentalism between a ‘technology-will-save-us’ philosophy and a ‘return-to-nature’ philosophy,” Kolbert answered that her impulse is to say: “Well, let’s just leave things alone.”

But, she added, “the sad fact is that we’ve intervened so much at this point that even not intervening is itself… an intervention.”