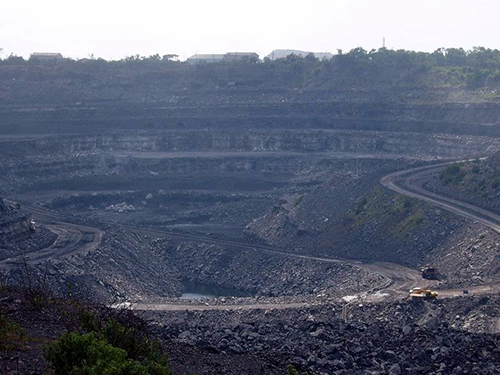 Its recent mea culpa notwithstanding, the Jason Kenney government in Alberta has by no means closed the barn door on the idea of metallurgical coal mining in the beloved, and ecologically sensitive, eastern slopes of the Rockies.

When provincial Energy Minister and former pipeline executive Sonya Savage recently took to the airwaves to apologize for her government’s May reversal of a decades-old coal policy that protected “Category 2” lands from the incursions of industry, she made much ado about everything her fellow members of the United Conservative Party had learned from the outcry over the decision, writes The Narwhal.

“We admit we didn’t get this one right,” she said during the announcement that her government would reinstate the full 1976 protections. “We’re not perfect and Albertans sure let us know that.”

But in response to that comment, many are answering that the UCP is beyond imperfect. University of Calgary law professor Nigel Bankes said the move is “hollow” and “will not restore the status quo.” In fact, writes the Narwhal, there are nine problems the province is not solving with the newly-reinstated policy.

“Turns out, there are a few things the government wasn’t mentioning—and those things could still have major impacts on coal mining in the eastern slopes,” The Narwhal explains. Among the facts that Savage adroitly avoided: the 194,281 hectares of coal leases granted since the policy change have not been invalidated, and any eastern slope exploration that has already started will be able to continue.

Savage’s “big apology” also steered clear of any mention of the highly contentious open-pit Grassy Mountain coal project which, because it is located on Category 4 lands (and therefore outside the protections of the 1976 policy), is “still moving through the approval process.” That mine “could produce 4.5 million tonnes of processed coal per year for the next 25 years,” The Narwhal writes.

Also still in the works is the reopening of the Tent Mountain open-pit mine near Coleman, which is in line to produce coal for the next 14 years.

And then there is the lack of clarity on just what Savage meant when she said that “no mountaintop removal will be permitted.”

While she described the regulation as an “outright ban”, The Narwhal says a February 8 directive to the Alberta Energy Regulator specified that the ban referred “specifically to Category 2 lands.”

If that’s the case, Grassy Mountain mine operators could, in theory, pursue mountaintop removal.

Savage’s deliberate emphasis on the phrase “mountaintop removal” also has observers wondering whether strip mining along the slopes will be given a green light.

“According to the Canadian Parks and Wilderness Society, these areas are ‘highly sensitive and well-loved areas’,” notes The Narwhal. “The group is advocating for a ‘new land use plan [to be] created that offers more protections to these important landscapes’.”

Finally, there’s the fact that the Kenney government “is still gung-ho about mining for metallurgical coal”—of which there is a lot on the Rockies’ eastern slopes.

Even as she helmed her party’s apparent about-face on the 1976 coal policy, Savage made clear the UCP’s ultimate stance: “There is a tremendous resource of metallurgical coal in Alberta,” she said. “The world is looking for steel-making coal,” and “we want to make sure that it can proceed responsibly in the future.”

Just as market realities may soon undercut Alberta’s strategy to “diversify” into “blue” hydrogen, steelmakers are also avidly pursuing new production methods that will free them from coal and its high carbon footprint.