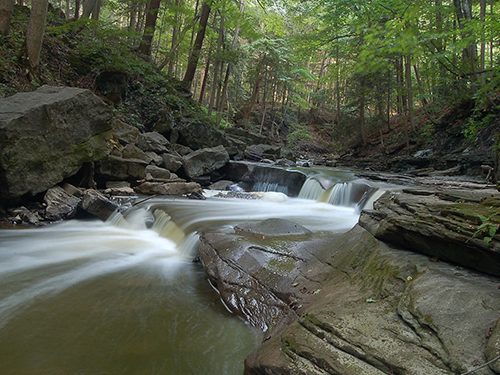 Courtesy of climate change, the many and diverse parts of the Earth that hold fresh water are drying up, putting 66% of the land surface on track for significant water scarcity, says a recent report in the journal Nature Climate Change.

The study breaks new ground by expanding beyond the usual focus on rivers as indicators of drought, looking instead to a wide range of interconnected water storage systems, such as forest canopies, wetlands, aquifers, lakes, and snowpack, writes study lead Yadu Pokhrel in a recent guest post for Environmental News Bites.

The Michigan State University hydrologist says this strategy offered “a holistic picture of the changes in total water available on land.” The integrated approach allowed the study team “to capture nuances, such as the ability of forests to draw water from deep groundwater sources during years when the upper soil levels are drier,” Pokhrel writes.

Many communities depend on the reliability of snowpack and spring rains for their water supply, while soil moisture is necessary for plant growth. Aquifers, meanwhile, “are crucial for both drinking water supplies and crop productivity in irrigated regions.”

Looking at the future effects of this drying, Pokhrel and his international team found that “the worst impacts will be in areas of the Southern Hemisphere, where water scarcity is already threatening food security and leading to human migration and conflict.” The research further projected that, “globally, one in 12 people could face extreme drought related to water storage every year by the end of this century, compared to an average of about one in 33 at the end of the 20th century.”

What is “especially alarming,” he adds, is the decline in land water storage projected for the Amazon River basin. Citing his team’s earlier work, he warns that even deep-rooted rainforests—which are generally more resilient to short-term drought thanks to their ability to tap deep groundwater stores—will be increasingly at risk as even these subterranean reservoirs grow parched.

Pokhrel adds that “if future increases in groundwater use for irrigation and other needs are also considered, the projected reduction in water storage and increase in drought could be even more severe.”

Climate Crisis Will Be More Deadly than COVID, Carney Warns