U.S. Can Save $3.5 Trillion by Launching Climate Transition Today, Not Waiting Until 2030 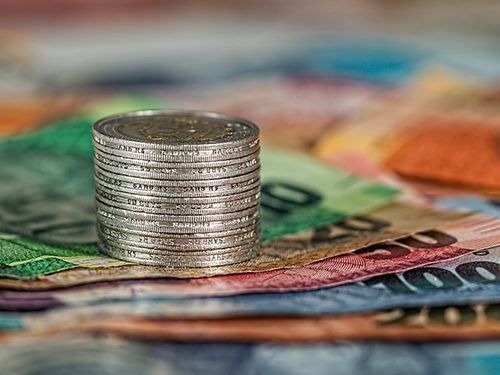 The United States can save US$3.5 trillion by launching a serious greenhouse gas reduction effort now, rather than waiting until 2030—without even factoring in the public health benefits of fossil fuel reductions, or the avoided cost of climate-driven extreme weather, according to a new report by San Francisco-based Energy Innovation.

“If action begins in 2030, the cost of transitioning to a clean energy economy will be an estimated 75% higher than if action were to begin this year,” Quartz reports. “That works out to roughly $750 billion each year in the 2030 scenario (for a total of about $8 trillion), compared to peak costs of $320 billion per year if early action is taken (for a total of $4.5 trillion).”

And those cost savings “only consider the spending required to slash U.S. emissions,” Climate Nexus adds, in a post republished by EcoWatch. That means the numbers “do not include the savings that would be incurred by the public health benefits of reducing fossil fuel extraction and combustion, or the avoided costs associated with extreme weather which delayed climate action could worsen.”

“The upshot is the next decade is critical,” the report states. “The longer we wait, the more drastic the cuts—and associated costs—will be.”

For example, a 10-year lag in climate policies would mean a nine-fold increase in the amount of renewable energy capacity required by the mid-2030s, resulting in a global economic shock. “In addition to accumulating higher costs, delaying climate action requires astounding rates of clean energy deployment and buildout of manufacturing capacity,” the report states.

Energy Innovation also warns of the massive risk of stranded fossil assets, with construction of new fossil-fuelled industrial facilities and equipment followed by a “seismic shift starting in 2030,” Axios says. In that scenario, “we will need to retire much more polluting equipment before the end of its functional life,” Energy Innovation warns. “And that isn’t cheap.”

“To meet climate goals, it is imperative to start climate action today,” report co-author Megan Mahajan told Earther. “In particular, it is urgent to quickly transition to electric vehicles and building components, because polluting equipment sold today will last for decades.”