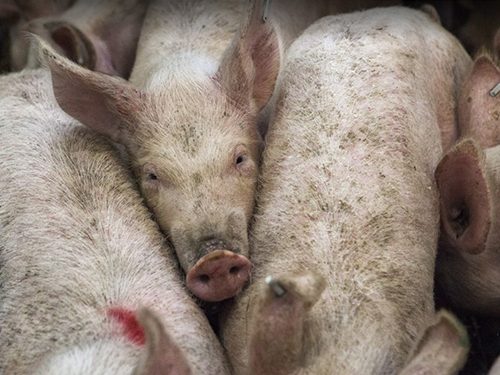 ﻿Many Black and low-income communities in the U.S. have long played unwilling hosts to industrial hog farms and their sub-par waste-treatment processes. Now, efforts to turn hog-generated methane into renewable natural gas are doing little to improve the quality of life in these communities—and may even be making it worse.

Like many of their ilk across the U.S., the large-scale hog farms of southeastern North Carolina have tended to use two vastly inadequate means to manage the considerable tonnage of animal waste they produce, writes Grist. Spraying it on fields, and storing it in lagoons.

The former involves spraying adjacent crop fields with nutrient-rich hog manure, a fine-mist application that is highly unpleasant to smell and worse to ingest, while the latter involves simply corralling (if not always containing) the remaining animal waste. Grist notes that unless these lagoons are carefully managed, they quickly become factories for methane, ammonia, nitrates (which have been linked to birth difficulties), and hydrogen sulfite—a serious (and noxious smelling) irritant to the eyes, skin, and lungs.

While there has not seemed to be much interest in finding ways to reduce the olfactory and physiological assault these hog farms deliver to the largely minority communities that surround them, hog-generated methane has become another matter entirely—particularly since 2007, when North Carolina mandated that 0.2% of the power generated by local utilities had to be sourced from renewable natural gas (RNG).

And now, Smithfield Foods—the largest pork producer in the country—is partnering with Virginia-based Dominion Energy to link 19 North Carolina hog farms with a pipeline and ultimately produce “enough RNG to heat 4,500 homes, or the equivalent of taking 36,000 cars off the road,” according to Smithfield’s sustainability department. More RNG projects are in the works; Smithfield celebrated the completion of a system in Utah late last year, and has plans to spread into Virginia in 2022.

Such an expansion will make utility giants like Duke happy, as they can then count the RNG purchased from industrial hog farms toward the carbon offsets that will help them achieve “carbon neutrality”.

But environmental advocates are crying foul, noting that the rush to RNG does nothing at all about the enduring problems of hog farm pollution, or for the communities languishing downwind from these meat-and gas-producing initiatives.

Of the many toxins released into the air from hog farms, the RNG projects alleviate none but methane, said Ryke Longest, co-director of Duke University’s Environmental Law and Policy Clinic. Such greenwashing, he added, makes these ventures just a way to “make money off one problem” while leaving the others literally blowing in the wind.

When they are not contaminating the water, that is. While Smithfield’s lagoons are lined, unlike some older hog lagoons in North Carolina, they still do overflow during heavy rains or storms, a flooding that can lead to nitrate-heavy waste seeping into groundwater systems.

And there are concerns that these biogas operations, which require the lagoons to be covered, may actually increase concentrations of ammonia. Grist notes that ammonia was implicated in damage from two lagoons spills in North Carolina last year, with major fish kills reported in watersheds adjacent to or downstream from the associated hog farms.

As for the spraying of hog manure on local fields, a Smithfield spokesperson told Grist that “it is not pollution,” as there is “nothing in manure that hasn’t already gone through the digestive system of an animal.”

But to local residents and environmental groups, Smithfield’s rejection of stronger pollution controls “is proof that its biogas plans are really about profit, not community protection,” writes Grist.

“If the industry just tried to treat people who live in those communities like human beings, that would help,” said Sherri White-Williamson, environmental justice policy director for the NC Conservation Network.