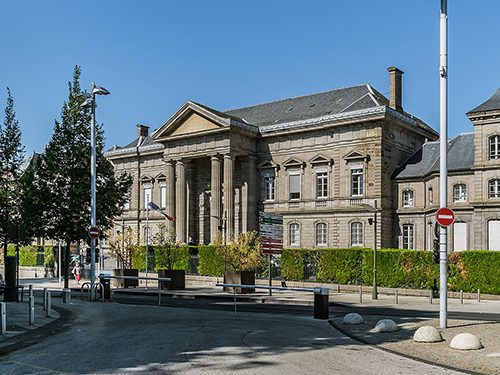 ﻿In what campaigners are calling a landmark ruling, a French court has judged the country to be failing in its commitments to fight the climate crisis—and has ordered it to do better.

First launched in 2018 by a group of non-profit organizations including Oxfam France, the lawsuit leading up to the decision argued that the government of President Emmanuel Macron was not doing enough to meet the promises it made in its “multi-year plan to cut carbon emissions, and the 2015 Paris Climate accord,” reports Reuters. On February 3, the Administrative Tribunal of Paris ruled in favour of the plaintiffs, identifying “wrongful deficiencies” in the state’s implementation of policies designed to reduce greenhouse gas emissions.

Celebrating the decision as “a historic victory for climate justice,” Oxfam France Executive Director Cécile Duflot said the ruling serves as “a timely reminder to all governments that actions speak louder than words.”

In its own reporting on the historic case, Climate Action Network (CAN) Europe writes that France is now the third EU member state (following the Netherlands and Ireland) to be judged as failing in its duties to protect citizens from the climate crisis.

And it is not likely to be the last, either: CAN Europe points to “substantial progress” in the Portuguese children’s climate suit now before the European Court of Human Rights. The child petitioners are asking the Court to order “deep emissions cuts” in 27 EU member states plus the UK, Switzerland, Norway, Russia, Turkey, and Ukraine.

Recently, the Court granted the case priority status—citing the “importance and urgency of the issues raised.” CAN Europe notes that “only 15% of the cases in front of the Human Rights Court reach this stage,” and fewer still are given such urgency.
﻿