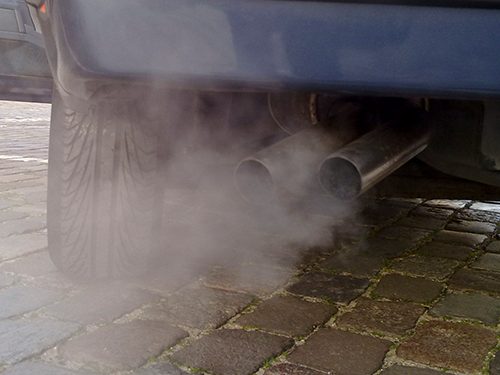 The Biden administration is abandoning a controversial Trump-era attempt to challenge California’s legislated authority to set its own tailpipe and methane emission standards under the U.S. Clean Air Act.

“The administration in separate court filings on Monday noted that the White House put the policies up for review by their respective agencies, meaning a pause is warranted,” The Hill reports. “In both cases, the administration asked the court to halt the proceedings until 30 days after its review is completed.”

“Abeyance will further the Court’s interests in avoiding unnecessary adjudication, support the integrity of the administrative process, and ensure due respect for the prerogative of the executive branch to reconsider the policy decisions of a prior Administration,” the court filing stated.

The Trump attack on vehicle emission standards came after 13 states and the District of Columbia “vowed to adopt California’s standards if they diverge from the federal government’s, as have several major automakers,” the Washington Post wrote in September 2019. Canada, as well, decided in June 2019 to align its standards with California’s.

The methane rollback had run into legal trouble as recently as July 2020, and was also a point of contention among U.S. fossils, some of which supported the Obama-era regulation.

On Tuesday, the New York Times said Toyota, Fiat Chrysler, and several other big automakers had joined General Motors in abandoning their support for Trump’s attack on the California vehicle efficiency standard. “The auto giants’ announcements come on top of a 2020 commitment by five other companies—Ford, Honda, BMW, Volkswagen, and Volvo—that they would abide by California’s tough standards,” the Times writes. “Last week, GM pledged to sell only zero-emissions vehicles by 2035, a move that would put the company in line with another recent California policy banning the sales of internal combustion vehicles by that year.”

The announcement Tuesday “marked a stark reversal for California’s influence on Washington policy-making,” adds climate reporter Coral Davenport. After Donald Trump “rolled back Obama-era auto pollution rules that had been modelled after California’s state-level rules, he then blocked the state’s authority from setting such rules.” Now, President Joe Biden “is expected to use California as a model for swiftly reinstating national rules.”

In an assessment of Biden’s first couple of weeks in office, World Resources Institute U.S. Director Dan Lashof says the administration made progress on all 10 of his organization’s climate action priorities:

• Introducing a “major climate-smart stimulus package to build back better from COVID-19”;

• Setting appliance and equipment standards to replace fossils with electricity wherever possible;

“Biden’s climate blitz put points on the board in his first possession,” Lashof writes. “Now comes the hard part—grinding out the ground game to keep taking tons of greenhouse gases out of the atmosphere.”