GM Pledges to Phase Out Gasoline and Diesel Cars, SUVs by 2035 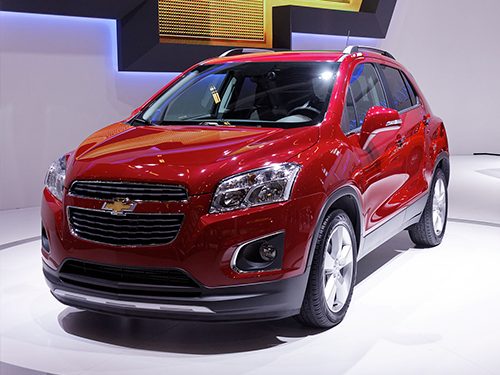 Giant U.S. automaker General Motors is declaring an end to new cars and SUVs with gasoline and diesel engines by 2035 and promising carbon-neutral operations by 2040, marking what the Washington Post calls “an historic turning point for the iconic American automobile company” and a “future full of new electric vehicles for American motorists.”

The shift “won’t affect medium and heavy duty trucks, but it will include everything from cars and crossovers to full-size SUVs, such as the light-duty Silverado and Yukon,” the Post explains—although the company is still holding out the possibility of building some internal combustion vehicles post-2035 “if absolutely necessary”.

“Today we announced our plans to become carbon neutral by 2040, in our products and operations, globally,” CEO Mary Barra wrote yesterday on LinkedIn. “As one of the world’s largest automakers, we hope to set an example of responsible leadership in a world that is faced with climate change.”

(Some of the comments in response to the announcement are worth a read.)

Barra added that the company will aim for carbon neutrality across its global operations by 2040. “Where removing emissions is not possible—for example if the technology does not yet exist in those time frames—we will compensate for those emissions through carbon credits or carbon capture,” she wrote. “But our preference will always be for removal of emissions. This is a critical step on the path to a net-zero-carbon future.”

Barra said GM will set science-based targets consistent with 1.5°C average global warming and submit them to the Science-Based Target Initiative (SBTi) for verification and approval. The company will shift its facilities to 100% renewable energy by 2030 in the United States and 2035 world-wide, work with suppliers to “set ambitious targets to reduce emissions, increase transparency, and source more sustainable materials,” and is working with the U.S. Environmental Defense Fund (EDF) and others to “build out the necessary charging infrastructure” and “encourage the use of renewable energy in electric vehicle charging”.

GM’s plan calls for it to manufacture about 30 types of electric vehicles, about 20 of them in the United States. “The carmaker will spend US$27 billion on electric vehicles and associated products between 2020 and 2025, outstripping investment on conventional gasoline and diesel cars,” the Post says. “That figure includes refurbishing factories and investing in battery production in conjunction with LG Chem” in South Korea.

EDF President Fred Krupp called the announcement a “breakthrough moment”, adding that GM’s move was “part of a wave of industry action that reinforces what the Biden Administration is doing”. With an executive order that calls for the U.S. government to convert its fleet of 645,000 vehicles to electric models, the new federal plan “creates demand and drives down costs as privately-owned fleets follow suit”.

Critics noted that GM still hasn’t joined four other major automakers in endorsing tougher fuel economy standards set by California, and left itself “some wiggle room” to keep building internal combustion engines. “The company did not rule out using carbon offsets or credits ‘if absolutely necessary’ to reach its goal of eliminating tailpipe emissions,” the Post states. “That means GM could invest in programs that remove carbon dioxide from the air, such as tree planting, and still sell some gasoline-powered vehicles.”

Clinton-era climate specialist Paul Bledsoe, now an advisor to the Progressive Policy Institute, still saw GM’s big reveal as a pace-setter for U.S. manufacturing. “When America’s most iconic manufacturer commits to carbon neutrality, that’s a huge signal to the rest of the economy,” he told the Post. “At the same time, it’s clear GM is trying to burnish its reputation from past practices and justify new tax incentives.”