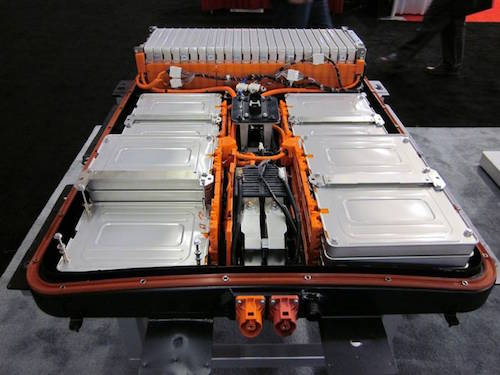 In September, Tesla announced that it would be phasing out the use of cobalt in its batteries, in an effort to produce a US$25,000 electric vehicle within three years. If successful, this bold move will be an industry game changer, making electric vehicles competitive with conventional counterparts.

But the announcement also underscores one of the fundamental challenges that will complicate the transition to electric vehicles. Without cobalt, there may be little financial incentive to recycle the massive batteries used to power the cars—and that could lead to an environmental disaster.

The switch to electric vehicles has been promoted as a major, necessary step to reduce greenhouse gas emissions in order to stave off the worst effects of a changing climate. The switch would also significantly reduce health risks associated with vehicle emissions. Every major auto manufacturer now has at least one electric vehicle in production, and some—including Daimler, Volkswagen, and General Motors—have pledged to phase out the production of gas and diesel engines entirely. More than a dozen countries, including many in Europe, have said they plan to ban sales of gasoline and diesel cars by 2040 or sooner. California also just announced a plan to phase out gas and diesel cars by 2035.

But electric cars have their own dirty little secret: Every electric vehicle, and most hybrid vehicles, rely on large lithium-ion batteries weighing hundreds of pounds. One of the largest, the battery for the Mercedes-Benz EQC, comes in at 1,400 pounds. Typically made with cobalt, nickel, and manganese, among other components, these batteries cost thousands of dollars and come with an environmental burden: They require ingredients sourced from polluting mines and smelters around the world, and they can ultimately contaminate soil and water supplies if improperly disposed.

In the rush to embrace this technology, auto companies are adopting the same pretense that has been embraced by the plastics industry: They are claiming that used batteries will be recycled. However, the truth is being swept under the rug. None of the lithium-ion batteries in electric vehicles are recyclable in the same sense that paper, glass, and lead car batteries are. Although efforts to improve recycling methods are under way, generally only around half the materials in these batteries are currently extracted and repurposed. And without the most valuable ingredients, there will be little economic incentive to invest in recycling technologies.

The result, if nothing is done to tip the scales, could be a massive health and environmental crisis.

Despite ongoing research into recycling technology, this situation is unlikely to resolve itself. Lithium-ion battery makers have yet to develop the technology that can economically extract components in a form that can be used to make new lithium-ion batteries. Rather, the batteries are typically processed to remove the cobalt and a few other expensive metals, with much of the remainder released as air emissions or used as filler in concrete or other construction products. This is one reason why less than 5% of lithium-ion batteries are currently recycled.

Complicating matters further, different battery makers use different ingredients, cells, and modules, which makes the extraction process less efficient and more expensive. In fact, manufacturers are not even required to disclose the contents of their batteries to would-be recyclers.

To account for the inevitable growth in this waste stream, manufacturers and electric vehicle advocates are touting the potential for these batteries to be reused after their useful life in vehicles has been realized. Some companies have launched efforts to repurpose these high-voltage, flammable electric vehicle batteries for solar energy storage and other backup power applications by rebuilding batteries using a combination of reused and new parts. But even if these efforts succeed in developing technologies to safely and economically remove, transport, dismantle, and remanufacture batteries, this would simply delay a battery’s ultimate fate by a few years.

The business case for recycling will become even more tenuous as Tesla and other car manufacturers take steps to lower costs by eliminating the most expensive metal components from their battery designs. Even if auto companies succeed only at reducing the concentration of these components, financial incentives will be needed to ensure these batteries are collected and recycled. These subsidies will need to make up for the difference between the cost of transporting and processing spent batteries and the value of the extracted materials.

Without these incentives, lithium-ion batteries will be dumped, incinerated, or exported to countries with weaker standards, where they will contaminate the environment and threaten public health. Nickel has been shown to cause lung and nasal cancers, reduce lung function, and cause bronchitis. Cobalt can cause serious health conditions such as asthma and pneumonia, and it is a possible carcinogen. Exposure to manganese can result in respiratory problems, loss of coordination, and other neurological problems.

We have already started shifting the burden of lithium-ion battery disposal to low- and middle-income countries, many of which lack stringent environmental safeguards and the facilities to recycle or otherwise process used batteries in an environmentally sound way. Some have even put in place incentives, including tax waivers, to encourage used electric and hybrid vehicle imports. A recent United Nations report found that hundreds of thousands of electric and hybrid vehicles are being exported annually from Japan, the European Union, and the U.S. to countries like Sri Lanka and Mauritius.

To avoid the acceleration of these trends, regulations will be needed as we shift to an electric vehicle future. Whereas China and the EU require electric vehicle manufacturers to take back spent batteries from consumers, no similar regulation or legislation has been adopted in the U.S. The track record in the U.S. for recycling e-waste does not offer much relief. Only three states have extended producer responsibility laws mandating that manufacturers take back lithium-ion batteries used in electronics, and none include vehicles. There are no clear prohibitions against exporting used lithium-ion batteries or selling used vehicles with degraded batteries to low-income countries at fire sale prices.

But these are still early days, and there is still time to implement legislative solutions that can help avert an impending waste crisis. To that end, the California Environmental Protection Agency has formed a multistakeholder committee, of which I am a member, that will advise the state legislature on crafting practical solutions.

Today, most electric vehicles retail at the luxury end of the market, with sticker prices up to $150,000. The federal government subsidizes these sales—as do some state governments—to help electric cars compete with conventional vehicles. But as battery prices and production costs fall, such subsides will no longer be needed. In anticipation of the expected increase in sales, we must start now to plan for a future when individual lithium-ion battery consumption transitions from the one-ounce battery in your cell phone to the behemoth in your garage.

This article was originally published on Undark. Read the original article here.