TC Energy May Survive Keystone Cancellation Unscathed. Alberta Not So Much. 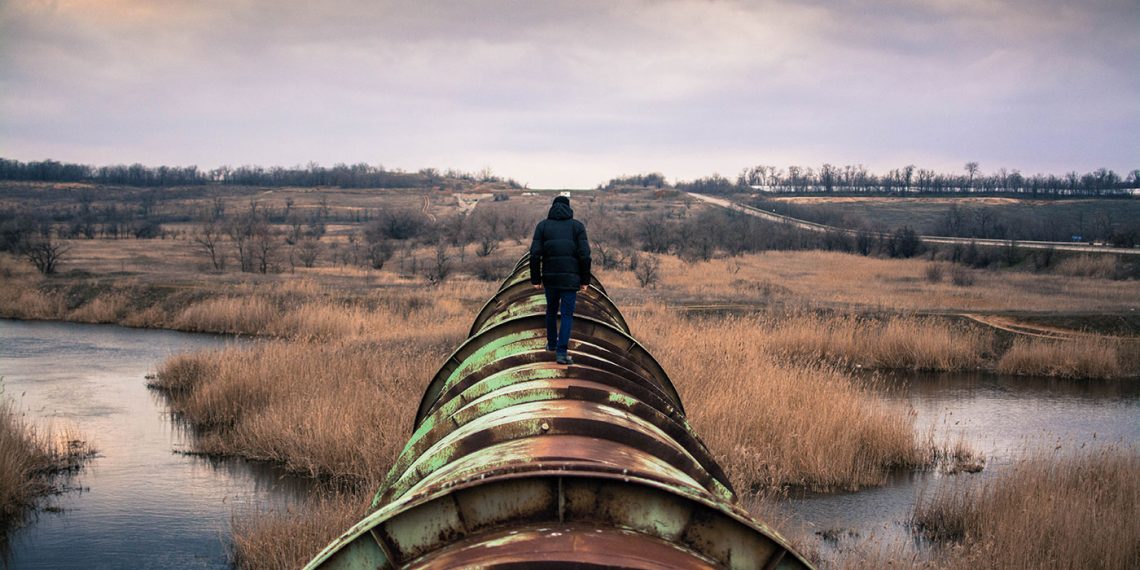 In the wake of U.S. President Joe Biden’s decision to cancel the Keystone XL pipeline, analysts say proponent TC Energy should be able to walk away from the intensely controversial megaproject relatively unscathed. But the same can’t be said for the Jason Kenney government in Alberta, whose eleventh-hour subsidy kept the pipeline alive long enough for Biden to shut it down.

The day after Biden’s Day One executive order last week, S&P Global Market Intelligence said the decision “would not necessarily dampen TC Energy Corp.’s appeal to investors,” citing comments from three different experts in the “midstream” segment of the fossil industry—which concerns itself with processing, storing, transporting, and marketing oil and gas.

While the announcement may drive down the value of TC stock by about $1 per share, analyst Darryl McCoubrey of Veritas Investment noted that 90% of the company’s business is in natural gas and nuclear energy. Those segments “stand to benefit enormously” from the hit to an oil pipeline, S&P writes.

“I don’t get why it’s all doom and gloom,” McCoubrey said. “I get that the Keystone XL windfall would have been huge,” in the range of C$10 per share, but “a loss in its oil business indirectly enhances opportunity in its other, much more important operations.”

Analysts at RBC Capital Markets cast the cancellation as the best possible result for the company. “We believe the market will view TC Energy walking away from KXL as the best outcome for the stock, particularly as we think the stock currently reflects little, if any, value for KXL and investors can now focus on the ‘utility-like’ story,” they wrote in the days leading up to the executive order.

But it was a different story for Alberta, where Globe and Mail columnist Kelly Cryderman said Biden’s decision might just bring an end to the United Conservative government’s risky investment decisions. Last March, Kenney famously gambled nearly C$8 billion in provincial taxpayers’ money on the project, including $1.5 billion in direct investment, as a sweetener for TC Energy to get on with construction.

At the time, TC Energy CEO Russ Girling said the pipeline “could not have advanced” without the support of both Kenney and Donald Trump.

“The decision to invest in Keystone XL [was] part of a line of Alberta government interventions done with an eye to wringing more wealth out of the province’s vast crude resources—by trying to get new pipelines built, buying crude-carrying trains, or trying to spur more domestic oil refining,” Cryderman wrote. “It’s about gaining a modicum of control in a global oil industry ruled by geopolitics and other forces completely out of its control.”

But once the U.S. conspiracy-theorist-in-chief had decamped to Mar-a-Lago and some degree of normalcy had returned to the White House, “Canadian boosters appear to have been caught off guard by how quickly U.S. President Joe Biden has moved to halt the project, as he promised in May of last year,” she adds. “They believed they would have some time after his inauguration to make their case.”

Now, it turns out that “not all market interventions are created equal. Given the province’s precarious financial state, the specific terms of the government investment, and that it relied on approval in another country, Jason Kenney will wear his oil infrastructure gambit in a way no other Alberta premier has.”

“I’m not trying to be mean about it. I understand why this province elected the UCP with historic turnout in 2019,” she wrote. But “almost two years into this mandate, I have to ask: How has it been going? Is this working?”

“From the cheap seats, things don’t look great,” Gerson added. “I’ve been trying to come up with one single solitary win since that election, and I can’t find it. It looks to me like the UCP spun a fantasy in 2019 that it now can’t make real,” with no sign of fossil jobs returning, public finances “in a shambles”, a provincial tax hike now inevitable, Kenney’s attack on the federal floor price on carbon unlikely to succeed in court, his pro-fossil war room an “international joke”, and his inquiry into supposed foreign control of Canadian pipeline campaigners dogged by “delays and controversies”.

Gerson buys Alberta’s argument that it’s been treated “unfairly and hypocritically” as a target for anti-fossil campaigning. But she points to low oil prices and rising investor concern about climate change as bigger problems for the province, noting that some of the campaigning began to abate in 2015 when the Rachel Notley government showed it was taking the climate crisis more seriously.

“Something needs saying here, and there’s no way to say it kindly,” she writes. “Boom times and wealth have conditioned Albertans to believe that we matter a lot more than we do.” The reality is that, as a landlocked province with a population somewhere between Oklahoma’s and Oregon’s, the province may not be as prominent—as important to the U.S., she says—as it might like to think, or as Kenney’s bluster seems to suggest.

“The thing that continually baffles me about the UCP is its combination of limitless self-aggrandizement coupled with its incredible parochialism,” Gerson writes. “You see this in who the government selects to head its pet projects. You see it in the habit of tripling down on ideologically derived solutions to complicated problems.”

But “oil means nothing if nobody buys it. The only lever we have—the only real lever we’ve ever had—is vested in the relationships we maintain with the nations, provinces, interests, and people around us. And, yes, that includes relationships with people who disagree with us: Ottawa, environmentalists, and NGOs.”