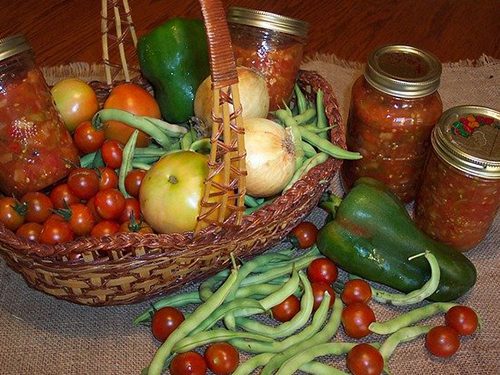 As home grocery delivery ramps up plastic use in cities across North America, a Bay Area start-up is hoping to become the 21st century’s answer to the milk delivery company—but with a much expanded product list.

San Francisco-based Zero Grocery is offering members 1,100-plus items delivered straight to the door with barely a whisker of plastic in sight, reports Fast Company. Everything—save meat and fish, which is packed in compostable wrappers—arrives in glass jars, which are picked up for reuse next time round.

“I wanted to make it easier for as many everyday, hardworking Americans as possible to adopt a plastic-free lifestyle,” said founder Zuleyka Strasner.

Writing consumer ease into the contract, Zero Grocery has customers “pay US$25 a month for membership, which includes unlimited free deliveries and avoids the need to charge deposits on the glass containers.”

At first, Strasner’s company bought its products in bulk orders from manufacturers that typically served hotels or airlines, “and then repacking the food into reusable containers,” Fast Company explains. Now, it is turning its eye on its supply chain, attempting to limit its purchasing to manufacturers that are also dedicated to a plastic-free ethos.

The advent of technology that can closely track each product through the supply chain—from producer to consumer to bottle return and processing—has made the job of food delivery infinitely easier, said Strasner.

“The reason the milkman or the milkwoman had dwindled from about the 1970s onwards is that it was a very labour-intensive and difficult industry to run,” she said. “But there was also no transparency on who had what bottles and where product was moving, and picking it up and sanitizing it.” As each glass container is thoroughly sterilized before repacking, Strasner says customers have expressed no qualms about using her service during the pandemic.

“Zero-waste or plastic-free grocery stores are becoming increasingly common, and it’s likely that more delivery services will follow,” notes Fast Company, pointing to a similar start-up in Brooklyn and companies like Loop that are helping manufacturers get onboard with reusable packaging.

While  plastic is ubiquitous in today’s typical grocery cart, it is actually a newcomer on the packaging scene. “Certainly from before the 1960s, it was commonplace for nearly all items to not come in plastic,” observed Strasner. She celebrates her zero-grocery concept as a combination of the best in non-plastic packaging, combined with top-flight technology that ensures happy customers and lower waste.

In Montreal, meanwhile, a young urban farmer is telling his story as part of a special CBC project called Out of the Dark: Real Talk on Mental Health.

Jon Cleveland had worked as a theatre lighting designer until his job fell prey to pandemic closures. The resulting economic need, combined with his long-standing concern for the sustainability of food supply chains, led him to experiment with growing his own greens. He’s since turned that effort into BunkerGreens, a small but much appreciated web-based business delivering fresh salad mixes to local customers.

“It’s not a romantic life. It’s hard work, but it is rewarding,” said Cleveland, describing how he manages everything from planning and planting to harvesting and selling.

“It’s been really exciting to engage with my local community by supplying fresh food that I grow and deliver personally.”