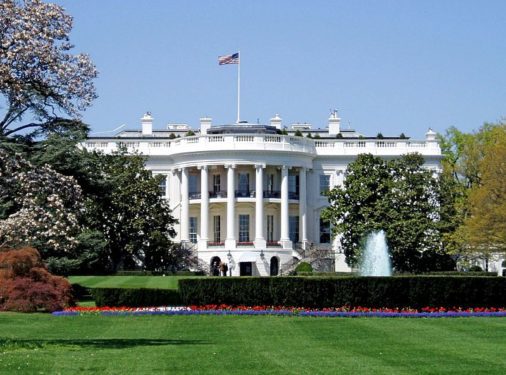 U.S. President Joe Biden is planning another week of rapid action on the climate emergency, Reuters reports, citing a White House memo that promises a “series of regulatory actions to combat climate change domestically and elevates climate change as a national security priority”.

The “omnibus” executive order is due to be released Wednesday, the news agency writes, as part of a sequence of “themed days” the new administration had scheduled for last week and this. Earlier news reports had predicted a 10-day blitz of executive orders to begin rolling back the worst of Donald Trump’s excesses during his term of office.

Bloomberg Green reported Thursday that the order was expected to include a suspension of oil, gas, and coal leases on federal lands, blocking sales across an expanse of about 700 acres/2.8 million hectares. “It could also block offshore oil and gas leasing, though details are still being developed,” the news agency wrote, citing federal sources.

That move came after the fossil lobby had already begun manufacturing outrage at the administration’s first week of executive orders. “Today’s announcement is intended as a temporary ban on leasing and permitting, but is also a precursor to a longer-term ban,” said Western Energy Alliance President Kathleen Sgamma, after Acting Interior Secretary Scott de la Vega announced he was suspending most staff authority “to issue any onshore or offshore fossil fuel authorization”. Sgamma said her group was “prepared to challenge this intended ban in court at the appropriate time.”

Earlier this month, The Canadian Press reported that a last-minute wave of oil and gas leases in the last days of the Trump administration had given fossils enough permits to keep pumping oil for years. But Carbon Tracker North American Director Robert Schuwerk told Politico last week’s order was likely just a first step. “I’d expect that Interior will be considering a range of issues, from royalties to methane emissions to financial assurance, as it seeks to regulate in the public interest,” he said.

In an acceptance speech after her appointment, Interior Secretary-designate Deb Haaland pledged to be “fierce for all of us, for our planet, and all of our protected land”.

But despite the dizzying pace of the new administration’s announcements to date, the New York Times warns it will take years to unwind the damage a former reality TV star and wannabe golf pro could wreak during four years in office. Biden “has an array of legal tools to reinstate environmental protections that were dismantled by the Trump administration,” but “those tools take time,” writes climate specialist Coral Davenport.

“In a limited set of cases, Mr. Biden will be able to use his executive authority immediately,” and Democrats can also follow Trump’s own precedent and use the Congressional Review Act to roll back some of the policy blunders that occurred in the last three or four months of his reign.

But “then there are the longer-term rollbacks,” the Times adds. “It could take two years or more for the administration to restore Obama-era climate change regulations, rolled back by the Trump administration, that were designed to cut emissions of planet-warming pollution across major sectors of the economy. It could also take that long to restore rules on industrial emissions of toxic pollutants such as mercury,” along with regulations to protect wetlands and waterways.

“When it comes to restoring the vast majority of these Obama environmental policies, the rollbacks were actually done by putting in place new regulations,” fossil lawyer and former EPA official Jeffrey Holmstead told Davenport. “In some cases that took two to three years. They will have to be replaced with new regulations. There is a legal process that has to be followed.”

The New York Times has much more detail on the Trump regulations that may be in play and the process to get the changes made.

Separately, the Times reports on the “expansive team of climate change experts” Biden has brought to the White House, adding that fossil lobbyists have been surprised by the intensity of the new administration’s focus on the climate emergency.

“I underestimated the level of seriousness that these guys had about this,” said veteran fossil lobbyist Thomas Pyle, president of the Houston-based Institute for Energy Research. “They are devoting a lot of personnel to the issue set, and I think that just emphasizes the level of influence that the greens have on the Democratic Party.”

The Times has capsule profiles of some of the key staff who will help lead the White House effort. The Washington Post reports on the senior staff team on its way into the National Oceanic and Atmospheric Administration. The Times looks at the mechanisms available for incoming Transportation Secretary Peter Buttigieg to deliver on climate policy, while Rep. Earl Blumenauer (D-OR), a senior member of the House Ways and Means Committee and co-chair of the Congressional Bike Caucus, calls for a “grand bargain” leading to a “massive reset of transportation policy”.

And Greentech Media has details on Richard Glick’s appointment to chair the U.S. Federal Energy Regulatory Commission, which became a flashpoint for Trump’s efforts to bail out the country’s failing coal and nuclear industries in the early months of his administration.

Meanwhile, Inside Climate News reports on court action that could have a bearing on the Biden administration’s climate agenda.

Last Tuesday, the U.S. Court of Appeals for the District of Columbia Circuit threw out Trump’s effort to replace Obama’s Clean Power Plan with his own deeply flawed Affordable Clean Energy (ACE) rule, concluding that it “hinged on a fundamental misconstruction” of the U.S. Clean Air Act.

“The question in this case is whether the Environmental Protection Agency (EPA) acted lawfully in adopting the 2019 Affordable Clean Energy Rule (ACE Rule) as a means of regulating power plants’ emissions of greenhouse gases,” the appeals judges wrote. “It did not.”

“For four years, the Trump administration has propagated the outright lie that the Clean Power Plan relied on regulatory techniques never used before, and the EPA constructed an unsupportable legal theory to justify its repeal,” said Richard Revesz, director of the Institute for Policy Integrity at the New York University School of Law. “It’s fitting that, on the Trump administration’s last full day in office, the DC Circuit forcefully struck down the signature item of its environmental agenda, which has brought enormous harm to the health of the American people, to the environment, and to the competitiveness of our economy,” Revesz said.

The institute’s tracking shows the administration losing on more than 80% of its deregulatory initiatives that went to court.

Inside Climate says last week’s ruling gives Team Biden a chance at a do-over on the regulation.

“The court has wisely struck down another effort by this administration to shred environmental protections in service of polluters,” said Clare Lakewood, legal director at the Center for Biological Diversity’s Climate Law Institute. “This decision frees up the new Biden administration to begin working immediately on the science-based greenhouse pollution rules we desperately need to make up for lost time.”

Meanwhile, the U.S. Supreme Court is considering whether cities, counties, and states launching lawsuits for damages against the fossil industry should have their cases heard in state courts, as the communities are asking, or by federal judges, as the industry prefers. The decision will be rendered on the City of Baltimore’s suit for billions in damages related to severe weather and sea level rise, Inside Climate says.