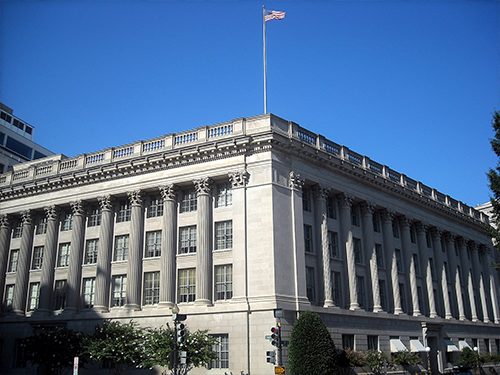 One of the most relentless proponents of climate delay and denial is changing its tune, with the U.S. Chamber of Commerce announcing this week that it has “embraced tougher action to combat climate change through carbon taxes, emissions caps, or other ‘market-based’ policies,” Bloomberg News reports.

The announcement represents “the latest shift by the nation’s biggest business lobbying group as it pivots to a Washington dominated by Democrats,” as the Chamber “seeks to ensure it keeps playing an influential role in Washington with Democrats in charge of the House, Senate, and the presidency,” Bloomberg writes. This and a soon-to-be-released policy pivot supporting methane regulation “reflect the chamber’s evolution on climate issues, amid mounting pressure from politicians, the public, and its own members.”

As recently as a dozen years ago, “a former chamber vice president called for a public trial on the validity of climate science, prompting several major companies, including Apple Inc. and Exelon Corporation, to resign from the group,” the news agency adds. By 2019, the Chamber had “revised its position statement to stress that ‘inaction is not an option’ and endorsed legislation championing innovation in green technology.”

“We’re following where our membership is going,” explained Marty Durbin, president of the chamber’s Global Energy Institute. “This is not a ‘we’re-against’ policy; this is about working with.”

He added that, “coming into a Congress that’s so evenly divided, and with an administration that clearly wants to move in this direction, here’s an opportunity to find those areas of policy where we do have some areas of bipartisan agreement and drive those forward.”

The statement is short on specifics, and Bloomberg says Durbin acknowledged that chamber members have “wide differences of opinion” on those details. But the climate statement “reflects where corporate America is headed on climate and sustainability issues and is the result of more than a year of member surveys and task group debate over the approach,” the news agency says.