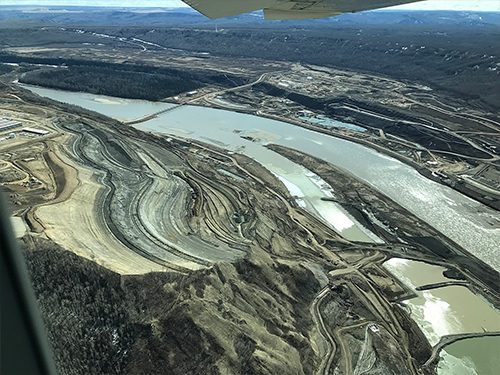 VANCOUVER — Residents of a tiny community in northeastern British Columbia are suing the local and provincial governments over two slow-moving landslides they claim caused their property values to plummet.

In a notice of civil claim filed in B.C. Supreme Court this week, 35 residents in Old Fort, B.C., allege negligence and breach of their charter right to security of the person, The Canadian Press reports.

Evacuation orders and alerts were issued in October 2018 and June 2020 after a slope above the community of about 50 homes slumped, damaging the only road in and out.

“The Homeowners have suffered and will continue to suffer loss, damage, cost and expense and threats to their health and security until access to Old Fort is stable and assured,” the lawsuit says.

The statement of claim alleges that activity at the Blair Pit gravel mine, located atop the slope, caused or contributed to the first slide. The ground moved over the course of at least one week, while movements below the surface were detected for another 25 days.

The homeowners also allege it was foreseeable that construction at the Site C dam project a kilometre away, as well as sewage lagoons connected to Fort St. John’s sewer system east of the mine, would cause or contribute to a slide.

The allegations haven’t been proven in court.

The Peace River Regional District and gravel pit owner Deasan Holdings declined to comment as the matter is before the courts.

The B.C. government and City of Fort St. John said they had yet to be served, while BC Hydro, the utility building Site C, didn’t immediately respond to a request for comment.

The June 2020 landslide was a “reactivation” of the 2018 slide, the lawsuit says. During that event, about 100 metres of Old Fort Road was destroyed and shifted about 235 metres south toward the Peace River.

Some evacuation alerts remain in place for certain areas of Old Fort, the claim says.

The legal action alleges property values have sunk because of the vulnerability of the road, which has affected their ability to market the properties and obtain mortgage financing. The evacuation alerts also make the properties uninsurable or only insurable at rates well above the standard premium, it alleges.

“Where a property becomes inaccessible, or, where there is uncertainty as to assured, reliable access to a property, the value of that property is significantly decreased or diminished,” the court document says.

Nobody has been able to sell their property since the 2018 landslide, it says.

The residents also endured financial and economic hardship because of the evacuations, including paying for expenses out of pocket, it claims.

The homeowners are seeking damages and costs. They allege that each of the defendants should have foreseen the possibility of a landslide, taken action to avoid it, and warned residents of the hazard.

In addition to breaching their duty of care to the residents, Site C and Deasan are also accused of nuisance and breaching the homeowners’ right to have their soil supported in its natural state.

“BC Hydro, in causing or permitting excavation of earth and diverting water at Site C, disturbed the subsurface in the vicinity of Site C and, in doing so, caused a substantial, non-trivial and unreasonable damage” to the properties, it alleges.

The homeowners accuse the province, regional district and city of the alleged charter right infringements.

“These actions or omissions have caused the homeowners to fear living at the homeowner properties, resulting in serious interference with each individual homeowners’ psychological integrity, which is not in accordance with the principles of fundamental justice.”

This report by The Canadian Press was first published January 20, 2021.