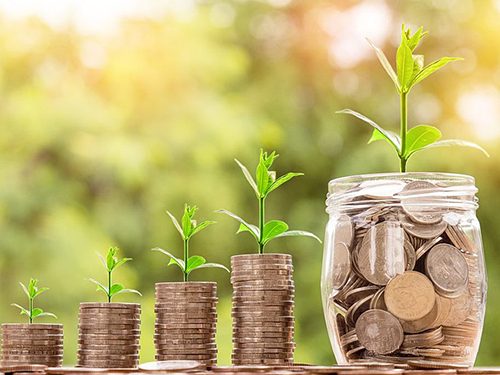 Global investment in the energy transition hit a record US$501.3 billion last year, posting a brisk 9% increase in spite of the severe restrictions created by the COVID-19 pandemic, according to new data released this week by BloombergNEF.

“The record investment comes as pressure mounts to cut greenhouse gas emissions and avoid the most dire effects of climate change,” BNN Bloomberg reports. “But even the massive increase in spending on wind and solar farms, energy storage, and EVs won’t be enough to meet the Paris Agreement’s goal to limit global warming to below 2°C.”

“It’s very encouraging that investment is taking place at a high level, but it’s well short of what would be required to put the world on a path of 2° of global warming,” BNEF Chief Editor Angus McCrone told Bloomberg.

Within the overall spending increase, renewable power investment rose 2%, with lots of variation among the regions of the world, Bloomberg says: investment grew 52% in Europe, but dropped 20% in the United States and 12% in China. But “while it wasn’t a record year for spending on clean electricity, falling costs allowed developers to install more renewables than ever before, adding 132 gigawatts of solar and 73 gigawatts of wind.” Clean transportation emerged as “one of the biggest drivers” of clean energy growth.

“The coronavirus pandemic has held back progress on some projects, but overall investment in wind and solar has been robust and electric vehicle sales jumped more than expected,” said BNEF CEO Jon Moore. “Policy ambition is clearly rising as more countries and businesses commit to net-zero targets.”

In a separate analysis, Bloomberg Green notes the $501.3-billion total is nearly 70% higher than past estimates because it now takes in investments in new categories, including electrified heat and transport, energy storage, hydrogen, and carbon capture and storage. While clean power investment has increased “by nearly an order of magnitude” in less than two decades, from $33 to more than $300 billion, investment actually stopped growing in the mid-2010s.

But with solar and wind costs plummeting over that time span, “that isn’t necessarily a bad thing—while the dollars themselves may have flattened out, what you get for them certainly hasn’t,” writes analyst Nathaniel Bullard. “In the 15 years from 2005 to 2019, annual installations of wind and solar increased more than 13 times over. That’s a compound annual growth rate north of 20%.”

At that rate, “annual installed capacity of wind and solar will double again in less than four years,” after a time span in which “installations continued to rise despite the economic and social disruptions caused by the coronavirus pandemic.”

The other trend behind the headlines is that, while China, the U.S., and India all invested less in clean energy last year, smaller economies stepped up—with the Netherlands posting a 221% increase, followed by the UK at 177%, Vietnam at 89%, and France at 38%.

“Vietnam’s story in particular shows that small markets aren’t just moving fast in the transition to clean energy, they’re also not that small anymore,” Bullard states. “The country’s rooftop solar companies managed to jam in almost nine gigawatts of capacity, including nine gigawatts in December and 4.6 gigawatts just in the last week of the year. Not only is nine gigawatts almost triple what BNEF had projected for Vietnam at the beginning of the year, it’s enough new capacity to make the country the third-largest solar market on Earth.”