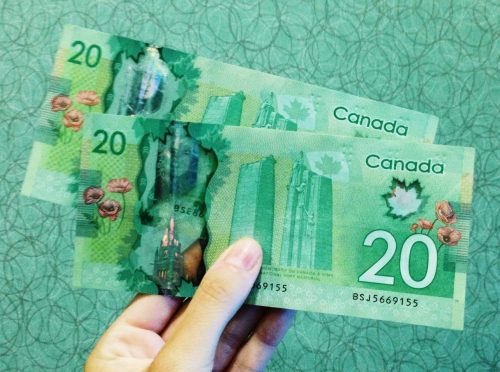 Those peddling the notion that Canada’s federal government is holding back some portion of the federal carbon tax from its citizens are pushing a false narrative, writes Toronto-based Clean Prosperity, in an analysis that lays out the plain truth: nine out of every ten dollars is returned via taxpayer rebates, with the remainder going to support local emissions reduction projects.

In the wake of the announcement that Canada’s carbon tax will gradually rise to C$170 per tonne in 2030, the anti–carbon tax contingent has attempted to befog the issue with misleading claims that Ottawa is up to something nefarious with a rebate that accrues for all Canadians whenever carbon emissions are taxed. Not remotely true, Clean Prosperity retorts in a recent e-blast.

The rebate is actually a pre-payment, sent out in advance according to what the federal government estimates it will collect in carbon taxes over the fiscal year ahead, the organization says. If the government collects more than expected, that windfall is paid out the following year. In its coverage of the same topic, the Globe and Mail explains what happens in the opposite situation: the overpaid rebates are clawed back the next year in the form of lower advance payments.

Providing the relevant table from Ottawa’s 2019 annual report on the carbon tax, Clean Prosperity stresses that “90% of carbon tax revenues are returned directly to Canadians through rebates, leaving most people better off.” The remaining 10% goes to supporting local, and carefully vetted, initiatives to improve energy efficiency and reduce emissions and operating costs for small- and medium-sized businesses, municipalities, universities, schools, and hospitals—mostly categories where the investment reduces the cost of delivering essential public service. Also eligible for some portion of the 10% are non-profits and Indigenous organizations.

As for what the typical Canadian household can expect in 2021 when the carbon tax rises to $40 per tonne, Clean Prosperity calculates that a family of four will receive an average income tax rebate “ranging from $600 in Ontario to $1,000 in Saskatchewan.” The cost of the tax to households with natural gas furnaces will be about $215 for 2021, while the cost of consumer goods like food and clothing will rise by about $153 after the carbon tax is factored in. That leaves plenty of rebate left over to pay fuel costs, if you have a car: at “just under 10 cents a litre in 2021, including sales tax,” the carbon tax on gasoline will range “from $232 in Ontario to $632 in Saskatchewan.”

All of which means that, “in 2021, without overspending their carbon rebate, a household can buy anywhere from 44 litres of gasoline a week in Ontario, to up to 126 litres in Saskatchewan,” Clean Prosperity says.

As for just how much combustion engine bang consumers will get for those bucks, Clean Prosperity calculates that Ontarians will have “enough fuel for seven 76-kilometre return trips a week between Oakville and Toronto in a Toyota RAV4, Canada’s top-selling family vehicle,” while people in Saskatchewan will see “11 weekly 142-kilometre return trips between Regina and Moose Jaw” covered.

“If you reduce how much carbon you emit (say, by switching to an electric car), you pay less carbon tax—but you still get the rebate, which goes up every year,” adds Clean Prosperity, getting to the heart of the intent of the tax. “That puts your household further ahead.”

In a recent Globe and Mail opinion piece, conservative columnist Andrew Coyne rebukes self-styled fiscal conservatives who “have wasted vast amounts of time and energy opposing a carbon tax on grounds of the harm it would allegedly do the economy.” On the contrary, he writes, “studies consistently show the cost to economic growth is negligible: at most a twentieth of a percentage point of GDP a year, even at $170 a tonne.”