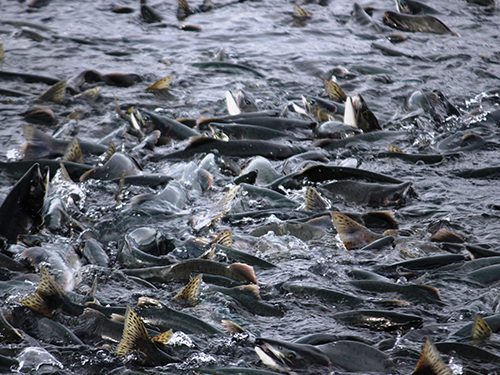 Northeastern British Columbia pipeliner Coastal GasLink has been ordered to abide by provincial laws and start preventing polluted sediments from flowing from its work sites into prime fish habitats. And it won’t be trusted to take these protective measures on its own.

As of January 22, an independent auditor will be assigned to monitor Coastal GasLink’s efforts to control erosion and address sediment concerns along the pipeline route, writes The Tyee. And that auditor will be paid for by the company.

The new position was mandated by the province’s Environmental Assessment Office (EAO) after compliance and enforcement officers examined a 400-kilometre section of the 670-kilometre pipeline north and west of Prince George late last year. They discovered that contractors hired by the company were ignoring the erosion control measures laid out in its own Environmental Management Plan. That carelessness was leaving sediment (and, likely, attendant heavy metals) flowing down into fish-bearing streams.

Such failures led the EAO to author a report, released December 8, laying out the details of Coastal GasLink’s non-compliance, and requiring rapid redress.

Once hired, the auditor will need to submit a plan for monitoring compliance by February 4, and to provide confidential—meaning, not accessible to Coastal GasLink—biweekly reports to the EAO starting February 15.

Remedial tasks to be undertaken by Coastal GasLink will all focus on doing more to prevent sediment from “flowing from its construction sites into environmentally sensitive areas, like watercourses and wetlands, by stabilizing banks, creating working erosion control measures, and maintaining them after construction is completed.”

The Tyee writes that, before EAO inspectors arrived on the scene, the company did possess what it called a “high-level planning document”— the erosion and sediment control plan that is required to secure permission for any project located in the northern B.C. wilderness.

Trouble is, “mitigation measures in the plan were not being implemented and Coastal GasLink had failed to do more detailed planning to prevent pollution,” according to the EAO. Across multiple sections of the pipeline’s route, “site-specific plans for high-risk areas and activities were not followed and measures intended to prevent run-off from entering waterways, such as fencing, berms, and straw bales, were not properly installed or maintained.”

In one particularly disturbing episode, EAO inspectors witnessed Coastal GasLink employees failing to follow correct protective measures after “a large steel girder, intended to serve as a bridge, was dropped into a fish-bearing stream 70 kilometres north of Prince George.” Workers should have undertaken water quality monitoring. Instead, “machine operators started to retrieve the girder until EAO staff intervened and noted the correct procedures,” The Tyee writes.

The inspectors also observed that “an area roughly 50 by 150 metres had been stripped of vegetation and left exposed, allowing run-off to flow into the stream.” Neither incident was immediately followed up with the reparative steps required by the company’s Environmental Management Plan.

And there’s not much chance that a rush of muddy water would pose only limited risk to aquatic ecosystems, The Tyee says, with both sediments and the pollutants they are likely to contain posing significant threats.

“Fine silts and clays have the ability to adsorb nutrients and other contaminants and move them throughout the aquatic environment and into the riverbed,” said Ellen Petticrew, a University of Northern B.C. geography professor who has long studied northern B.C. watersheds. “This vector issue becomes more of a problem around construction sites and following pipeline leakages or spills, as it can exacerbate the problem of contaminant transport.”