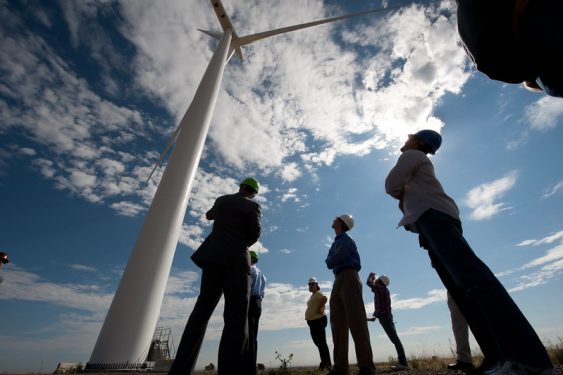 More than two-thirds of Albertans support a 2050 target for net-zero emissions, and six in 10 British Columbians back clean energy over liquefied natural gas (LNG) development, according to separate research released last week by the Pembina Institute and Clean Energy Canada.

In Alberta, a poll by Calgary-based Janet Brown Opinion Research found that 68% support net-zero by 2050, 63% think their provincial government’s efforts “have not been effective in enhancing the reputation of Alberta’s oil and gas industry outside the province,” and 61% favour dialogue and cooperation with environmental advocates to improve the province’s environmental performance, Pembina says in a release.

The survey results “reveal that Albertans expect a much stronger focus on climate action than is being offered,” said Alberta Director Chris Severson-Baker. “It’s clear that Albertans take climate action seriously and recognize it’s important for Alberta’s future prosperity. They want their government to take the steps needed to decarbonize heavy industry, which would unlock major capital investment. This means creating stable, forward-looking climate policy that aligns with Canada’s federal government targets and the targets of more than 100 other countries, now representing more than 70% of global emissions.”

“When it comes to government spending, most British Columbians (61%) would like to see the government focus more on developing renewables such as hydroelectricity, hydrogen, and clean technology, while fewer than one-quarter (22%) prefer a focus on LNG,” Clean Energy Canada writes, based on a survey it commissioned from Stratcom. “A strong majority think the province should prioritize combating climate change,” with 61% listing the climate crisis as a major concern and 18% saying it should be the top priority for Premier John Horgan’s new majority government.

“Almost three-quarters (73%) support policies that make pollution-intensive products and activities gradually more expensive, if at the same time these policies also make climate-friendly alternatives cheaper and more available,” Clean Energy Canada adds. “This view is held across partisan lines, with 79% of NDP voters, 66% of Liberal voters, 86% of Green voters, and 66% of undecided voters in support,” and only 17% opposed.

“B.C. has a proud history of climate action, and it’s clear that British Columbians want to see the province build on that progress,” said Clean Energy Canada Executive Director Merran Smith. “Critically, they want a sustainable economy that’s built on a resilient clean energy foundation, not on fossil fuels. They understand that this is how we keep our province safer, healthier, and globally competitive in the new decade.”