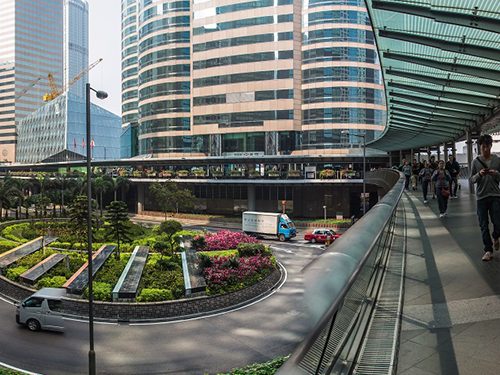 While oft-criticized in North America for promising much and delivering little, the “smart city” concept is gaining a foothold in the Global South—a troubling development for those who worry about the incursions of Big Data, or see the projects as little more than oversized gated communities.

From Toronto’s much-ballyhooed Sidewalk Labs to Union Point in Weymouth, Massachusetts, a venture that collapsed in the wake of a failed bid to capture Amazon’s second headquarters, smart city megaprojects seem to follow a similar trajectory, writes the Toronto Star: a lot of hype followed by an equal amount of expensive and demoralizing disappointment.

But concerns about the smart city phenomenon run deeper than fears over disappointment. Concerns over cybersecurity are now growing into worries about the rise of the private city, of high-tech gated communities where once-public services are entirely outsourced, restricting residency to those who can afford to pay.

“These are private cities being developed for a million people,” said megaproject expert Sarah Moser, an associate professor of geography at Montreal’s McGill University. And they are proliferating, especially in Asia and Africa.

Uptake of these projects has been particularly fast in the Global South, in part due to a “shockingly low” level of digital literacy among some government officials, said Moser. That gap leaves them easily seduced by smooth and glitzy sales presentations.

There are environmental concerns, as well. Describing one megaproject in Asia, the Star writes that “the prototype of the master-planned smart city has been rising from a former tidal flat just off the Yellow Sea port of Incheon, South Korea, for the past decade and a half.” The site of the project was previously a globally renowned habitat for migratory birds.

Known as Songdo, the 90,000-strong metropolis is a “multi-billion-dollar joint venture whose partners include a South Korean economic development region, Gale International, a Boston developer, and Cisco, the Silicon Valley network equipment behemoth that began promoting itself as a builder of ‘smart and connected communities’ in 2009.”

While it is full of climate-friendly perks, from rapid transit to LEED-certified buildings to bike paths, the city is reportedly lacking in vibrancy, with a decidedly “generic corporate feel.” And as underwhelming as it is in aesthetics, it is the governance that can really unsettle. The Star reports that the city’s services “are managed through a public-private partnership that includes Cisco, various Korean municipal agencies, and other firms, with residents and businesses purchasing services on a pay-as-you-go model.”

Citing a 2013 Public Culture study, the Star adds that “Cisco hopes this will make for both a more profitable and a more effective way of developing new technology around its smart and connected communities projects.”

The news report also profiles Forest City, an “enclave” being built by a Chinese government-backed coalition of developers “on four man-made islands just off the coast of Singapore.” While the site is “nominally Malaysian,” few if any Malaysians will actually live there if the city’s promoters have their way.

Describing the site as a “neo-colonial outpost,” well-positioned to take advantage of its placement on a critical shipping route, Moser notes that Malaysia has “granted extraordinary and unprecedented concessions of sovereignty” to China for the city. “Education, health care, security, utilities, management, and so on are all privatized and cater to Chinese nationals,” she writes in a 2018 research paper.