McCarthy: 2021 Could Be ‘Pivotal Year’ for Climate Action 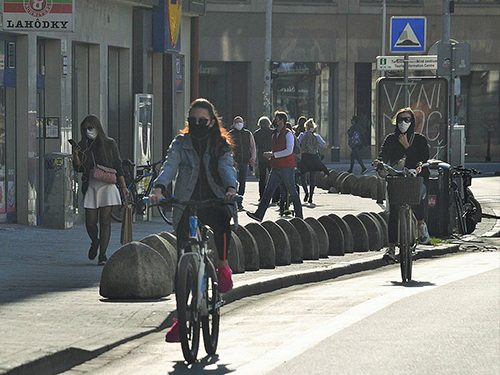 With climate action and ambition accelerating toward the end of last year, in Canada and internationally, and COVID-19 vaccine distribution under way, 2021 could be a pivotal year in the fight to get the climate crisis under control, writes Shawn McCarthy, senior counsel at the Sussex Strategy Group, in a post last week for Policy Options.

“In its annual emissions gap report released in early December, the United Nations Environment Programme (UNEP) noted many countries, including Canada, are not on track to meet modest Paris targets, let alone more ambitious ones that are needed to avert a climate catastrophe later this century,” McCarthy writes. “Indeed, GHG emissions continued to rise in 2019, and after a decline in 2020 due to the pandemic, could increase sharply as we emerge from the crisis unless aggressive action is taken to avoid that scenario.”

And yet, “despite that grim assessment, there is cause for hope that 2021 will be a watershed year in the global battle against climate change.”

• With his arrival in the White House two days from now, Biden “will reverse the past four years of climate neglect practiced by Donald Trump,” McCarthy writes. But even with control of the U.S. Senate passing to a razor-thin Democratic majority, “the Biden administration will have trouble getting climate change legislation through a fractious Congress, where even Democrats don’t agree on what’s required. The president-elect may have to rely considerably on executive branch action, including new fuel efficiency standards for vehicles that Canada will likely sign on to.”

• A favourable Supreme Court ruling on the Trudeau government’s floor price on carbon “would allow the Liberals to proceed” with its plan to ratchet up the price to C$170 per tonne by 2030. “A loss would represent a serious setback for federal climate policy, though Environment Minister Jonathan Wilkinson says Ottawa is prepared with a Plan B.”

• The federal Speech from the Throne last September put climate action at the centre of the government’s pandemic recovery plan, and as McCarthy notes, there was much disappointment with the updated climate plan that followed in December. The budget to be tabled by Finance Minister Chrystia Freeland in the first half of this year “may include additional spending in areas such as public transit, clean infrastructure, and measures to reduce risks of massive property damage from extreme weather events,” he writes. “As well, Ottawa is considering new tax incentives for carbon capture and sequestration and investment in hydrogen infrastructure.”

• Writing last week, McCarthy said Biden and incoming White House climate “czar” John Kerry would likely cancel the Keystone XL pipeline, despite continuing lobbying from Ottawa and massive financial support from the Jason Kenney government in Alberta. CBC appeared to confirm that yesterday, with a report that Biden will kill the project on the first day of his presidency.

• Climate change will be a major issue if Prime Minister Justin Trudeau calls a federal election this year, just as it was in the 2019 campaign, McCarthy says. “Trudeau has staked his government on the belief Canadians are willing to swallow a large increase in the carbon levy so long as they have the money return to them in the form of rebates,” he writes. Conservative leader Erin O’Toole “is looking to establish his party’s credibility on climate change” and has endorsed a 2050 target for net-zero emissions, “but has not produced a plan to achieve such a target.”

• And finally, with governments expected to come forward with new targets for faster, deeper carbon cuts, COP 26 “will provide a clear indication of the world’s ability to tackle climate change,” he writes. “We should heed the lessons of the COVID-19 pandemic in taking seriously the warnings of scientists and insisting our governments act to head off a looming crisis.”