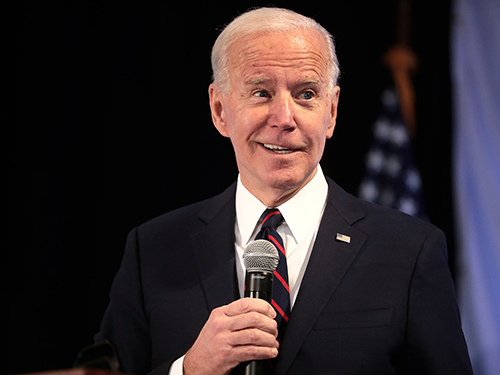 U.S. President-elect Joe Biden plans to rescind the presidential permit for the Keystone XL pipeline and bring his country back into the Paris climate agreement on his first day in office Wednesday, CBC reported yesterday, kicking off a 10-day blitz of executive actions this week and next, a first step in shifting the country’s direction after four years under the influence of Donald Trump.

The announcements will be among a flurry of executive orders Biden is expected to sign after he’s inaugurated in just over 48 hours, and part of “a raft of environmental policies to be enacted on the first day of his presidency,” CBC reports.

“A purported briefing note from the Biden transition team mentioning the plan was widely circulated over the weekend after being shared by the incoming president’s team with U.S. stakeholders,” the national broadcaster adds. An earlier list of action items attributed to incoming chief of staff Ron Klain mentioned the Paris deal but not the pipeline, “but cautioned that the memo was not a complete list of planned actions.” But the words “Rescind Keystone XL pipeline permit” appear on a more recent Day One to-do list.

Biden is also likely to rescind Trump’s restrictions on immigration from some Muslim-majority countries, set a COVID-19 mask mandate for U.S. government buildings and interstate travel, put a pause on student loan repayments, and take steps to prevent evictions and foreclosures during the pandemic, The Associated Press reports, citing the earlier memo.

“These executive actions will deliver relief to the millions of Americans that are struggling in the face of these crises,” Klain wrote. “President-elect Biden will take action—not just to reverse the gravest damages of the Trump administration, but also to start moving our country forward.”

Next Thursday, “Klain said Biden will sign orders related to the COVID-19 outbreak aimed at reopening schools and businesses and expanding COVID-19 testing. The following day will see action on providing economic relief to those suffering the economic costs of the pandemic,” the news agency adds. “In the following week, Klain said, Biden plans to take additional action relating to criminal justice reform, climate change, and immigration—including a directive to speed the reuniting of families separated at the U.S.-Mexico border under Trump’s policies. More actions will be added, Klain said, once they clear legal review.”

While AP says incoming presidents traditionally begin their terms by moving quickly through executive orders, Biden’s ability to deliver on his full agenda—on climate, and in multiple other areas—will depend on a divided U.S. Congress. The New York Times says the new administration is already focused in that direction. “The blueprint of executive action comes after Mr. Biden announced that he will push Congress to pass a US$1.9 trillion package of economic stimulus and pandemic relief, signaling a willingness to be aggressive on policy issues and confronting Republicans from the start to take their lead from him.”

There are early signs the new administration is also planning an aggressive push on climate and green recovery.

The Times has more on the “armed camp” and “political polarization on steroids” that will greet Biden and Vice President-elect Kamala Harris, observing that the new administration “cannot count on much of a honeymoon” as it starts work. Nowhere is that more obvious than on climate and energy, where American Petroleum Institute President and CEO Mike Sommers is vowing to fight Biden’s agenda on oil and gas drilling and tax policy.

U.S. fossils “are bracing themselves for a new president focused on climate change, a Congress controlled by Democrats who increasingly shun their financial support, and a world beginning to look past fossil fuels towards a cleaner energy future in which they will become smaller players, if not obsolete,” Inside Climate News reports. In his annual address last week, Sommers “said his industry was confident about its future and prepared to fight back against policies that President-elect Joe Biden had promised as a candidate, including a halt to new drilling on public lands and the elimination of billions of dollars in industry tax breaks.”

The fossil CEO’s “point-by-point rebuttal” of the policies Biden has promised foreshadowed “the looming fights they are likely to face as they try to enact a new agenda phasing out fossil fuels,” Inside Climate writes. “A prominent part of that platform is Biden’s pledge to halt new oil and gas development on federal lands by ending new leasing or permitting for such projects. Sommers said API would do all it could to fight such a move, including leaning on members of Congress and potentially challenging a ban in court.”

But if Sommers plans to take the fight to Biden, he’ll be doing it without one of his more prominent members, after French colossal fossil Total SA severed ties with the API over its policies on climate change.

“In a press release, Total named several of API’s positions that diverged from its own, citing the group’s opposition to electric vehicle subsidies and its support for weaker methane emissions regulations,” Grist writes. “It also admonished the group for supporting candidates in November’s election ‘who argued against the United States’ participation in the Paris Agreement’.”

“As part of our climate ambition made public in May 2020, we are committed to ensuring, in a transparent manner, that the industry associations of which we are a member adopt positions and messages that are aligned with those of the Group in the fight against climate change,” said CEO Patrick Pouyanné.

That position “puts pressure on Total’s European rivals BP and Royal Dutch Shell to follow suit after resisting the move in recent years,” Reuters adds. “It also highlights a widening rift between Europe’s top [fossil] energy companies, which over the past year accelerated plans to cut emissions and build large renewable energy businesses, and their U.S. rivals Exxon Mobil and Chevron that have largely resisted growing investor pressure to diversify.”

The other looming question in Biden-Harris’ first 100 days is whether a Buy American directive from the new administration will have an impact on Canadian exports. “Depending on what happens, this could be large or it could not be large,” Canada’s ambassador to the U.S., Kirsten Hillman, told CBC. “We have to get a bit of a better idea as to how this policy will be implemented.”

So far, “I think the Biden administration and our government have an enormous amount of policy alignment,” she added in an interview that aired yesterday. “And I think also that we are going to find a more predictable government to deal with and a bit more traditional relations in terms of how we deal with them.”

If Buy American policies did become an issue, Canada would respond “by underlining the degree to which rules-based, predictable trade was in the interest of Americans,” she added. Particularly in the midst of the pandemic, “we will recover faster, in a more resilient way, and better from this economic downturn by working together.”

A new city rises in the desert, under a fake moon