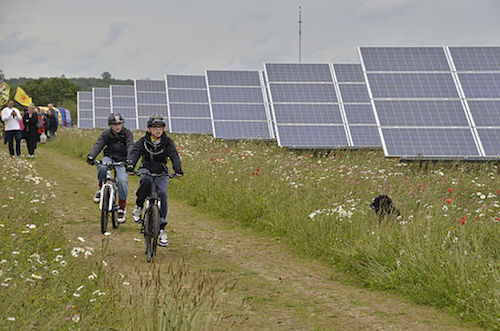 New “value of carbon” guidance from the New York Department of Environmental Conservation could spur stronger climate action in all sectors, while encouraging land use reform and carbon sequestration. At US$125 per metric tonne, the new estimate blasts past the New York Public Service Commission’s 2020 rate of $43.

“This guidance, which serves as ‘a monetary estimate of the value of not emitting a tonne of greenhouse gas emissions’, is expected to influence a range of energy and related rulemakings and state policy for years to come,” reports Energy Central, citing the December 30announcement by the Department of Environmental Conservation (DEC).

The new guidance was itself guided by the damage-based approach developed with the now-defunct (but once esteemed) federal Interagency Working Group, which worked from 2009 to 2017 to establish a “social cost of carbon” standard, the news story states. As noted in the DEC announcement, “the guidance is different than a regulation and does not propose a carbon price, fee, or compliance obligation.”

What it does mean is that “state entities should provide an assessment using a central value at the 2% discount rate as the primary value for decision-making, while also reporting the impacts at 1% and 3% to provide a comprehensive analysis,” Energy Central explains. Under a 2% discount rate, the value of not emitting CO2 will clock in at US$125 per tonne, while avoiding emissions of the truly climate-wrecking methane and nitrous oxide would be valued at $2,782 and $44,727 per tonne, respectively, based on the degree of social damage not done.

In its report on the new guidance, S&P Global Platts notes that “previous guidance by the New York Public Service Commission (PSC) set the 2020 gross social cost of carbon at a nominal $47.30 per standard tonne,” with the 2021 DEC guidance of $125 per metric tonne thus constituting “an approximate 164% increase” from the PSC value.

“Depending upon Commission adoption and implementation,” writes Energy Central, the higher guidance value “could result in higher incentives for Commission programs that rely on social cost of carbon calculations, and set a higher metric for future programs.”

The Commission could, for example, calculate a higher environmental value per kilowatt-hour for distributed energy resources like community or commercial-scale solar.

But the DEC guidance will also extend far beyond the power sector, since it will also be applied to the New York Climate Action Council’s Scoping Plan, “a comprehensive roadmap to achieve emission reductions across all sectors of the state’s economy.”

Energy Central says the role of the DEC was explicitly laid out in the Climate Leadership and Community Protection Act of 2019, which “expressly directs the council to quantify the ‘economic and social benefits of greenhouse gas emissions reductions, taking into account the value of carbon established by the [DEC]’.”

Under that direction, “the DEC’s guidance will influence performance-based metrics for the transportation, building, industrial, commercial, and agricultural sectors, as well as land use and carbon sequestration measures,” the news story explains. With the higher carbon value, future cost-benefit analysis will be certain to resolve in favour of emissions cuts.

“The new guidance is likely to play a role in reviews under the State Environmental Quality Review Act and specific permits where the DEC and state and local agencies have been expanding reviews to include greenhouse gas emission impacts/avoidance measures,” Energy Central notes.