Canada’s Net-Zero Framework May Be Too Little, Too Late for the North 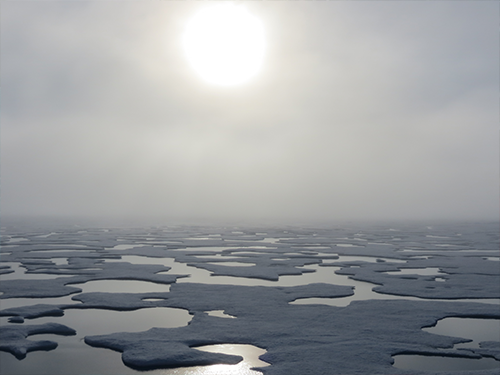 Empty rhetoric, ignorance, vested interests, and systemic racism—all persisting even as the climate crisis melts away the life-sustaining Arctic ice—may well mean that any achievement in Canada’s 2050 net-zero target will come too late for those who call the North home.

Making up 40% of Canada’s land mass and home to 100,000 mostly Indigenous people, the Canadian Arctic is a region in acute distress, writes iPolitics. And politicians, in particular, need to be doing more walking and less talking on climate action in the North.

Unveiled shortly before the 2019 federal election, the Liberal Party’s 10-year, C$700-million Arctic and Northern Policy Framework promised a renaissance for Canada’s north, thanks to investment in communications, energy, research, and transportation. It also vowed to “face the effects of climate change and support healthy ecosystems in the Arctic and North,” and to “advance reconciliation and improve relationships between Indigenous and non-Indigenous peoples,” recalls iPolitics.

And even then, the steep challenge would have been evident to the Liberals. The news story cites a 2019 federal report confirming the Arctic to be warming “at about three times the global average rate,” a terrifying change that was clearly “affecting the land, biodiversity, cultures, and tradition.”

As for what those government research dollars bought the Arctic and its peoples, well, the kindest word might be “incoherence.” Citing a November interview with Northern Affairs Minister Daniel Vandal, iPolitics notes that even as Ottawa earmarks $550,000 to spend on two Nunavut data collection projects—planned, in the minister’s own words, to “better understand Canada’s coastal environment and how we can protect it”—it continues to explore “whether or not to lift a five-year moratorium on new oil and gas development in the North in 2021.”

Transportation in the Arctic is certainly an urgent issue, said Natan Obed, president of Inuit Tapiriit Kanatami (ITK). He told iPolitics that melting sea ice has made journeys “unpredictable, if not impossible,” a reality that makes activities like fishing and hunting very dangerous, if they can be done at all. “Many Canadians don’t understand how our homeland is in flux,” he said.

As for energy investment in the North, Obed panned Ottawa’s effort to help the region go low-carbon, calling it contradictory in light of the government’s continued investment in fossil fuels there.

“The south needs to get serious about climate change, and governments must do more,” said Obed, adding that Ottawa needs to translate its talk on reconciliation into meaningful action in the 51 communities ITK represents. His constituents face serious food insecurity, and lag far behind their counterparts in the south in access to quality health care, housing, and Internet connectivity. He said racism is largely to blame.

Assessing the state of Canada’s climate ambitions, Andrew Chater of the London-based Polar Research and Policy Initiative said simply that the country is “not on track.”

And even if the government achieves its net-zero goals by 2050? “This is too late for the North,” he told iPolitics.