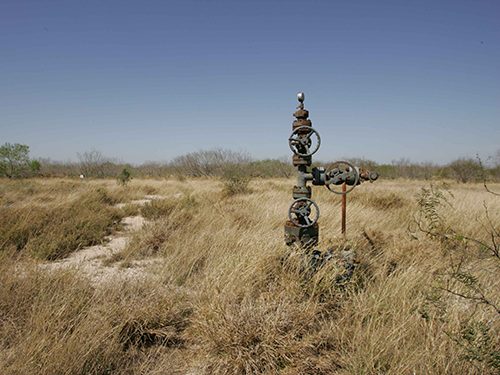 A “huge” case of falsified records, in which 59 reclamation certificates for abandoned gas wells were rescinded by the Alberta Energy Regulator (AER), has resulted in warning letters and media coverage but no financial penalties for the two companies involved, after a complex investigation ran into the two-year limit imposed by provincial legislation.

“With additional time and investigation, it is likely that a more significant enforcement action would have been taken by the AER,” the regulator stated, in its correspondence to Aeraden Energy Corporation, the owner of the wells near Jenner, AB, and CEPro Energy & Environmental Services, which signed off on the well cleanups. The AER investigation began after local landowners complained, the Globe and Mail reports.

The wells were “supposed to have been shut down, cleaned up, and the land returned to its natural state,” the Globe says. “Instead, scattered equipment, holes in the earth, dead vegetation, and divots deep enough to swallow the wheel of a pickup truck dot the landscape, evidence of what one regulator called a ‘really serious case of falsification of documents’.”

In its investigation, the regulator “found that Aeraden had left groundwater monitoring wells, fences, and berms on sites, failed to fix slumping soil and dead vegetation, and—in one case—filed for a reclamation certificate for a site that was still active,” adds energy reporter Emma Graney. “The probe also included an audit of all reclamation certificate applications lodged by CEPro since 2016. It found the company had submitted site photos that weren’t of the wells being reclaimed, and signed off on cleanups at many sites despite holes in the ground and various infrastructure left behind.”

But with only a two-year investigation period and a large volume of information to get through, the AER’s response was limited to sending the warning letters.

“This is a really, really serious case of falsification of documents” that reflects “more than a casual slip,” said Matthew Oliver, deputy registrar and chief regulatory officer of the Association of Professional Engineers and Geoscientists of Alberta (APEGA). He called it the worst case he’d seen since receiving his own professional licence in 1991.

“One count of falsifying a document is immensely serious,” he told the Globe, and it’s “huge” that the Regulator saw fit to cancel 59 reclamation certificates. It goes “right to the core of who we are as professionals,” he added, when engineers flout the rules to such a degree.

The Globe says the AER found no evidence that either company had deliberately misled regulators, and stood behind the online system Alberta uses for reclamation applications. “The OneStop program removes the requirement for inspectors to even lay their eyes on sites before issuing certificates saying land has been returned to its pre-well state,” the news story notes. “Instead, it relies on [fossil] energy companies and those that sign off on their cleanup work—agrologists and engineers, for example—to attest the information attached to their applications is true and correct.”

The Globe has more on the two companies involved, including Aeraden’s apparent failure to keep up with its lease payments to local farmers and ranchers. (And they’re not the only one.)