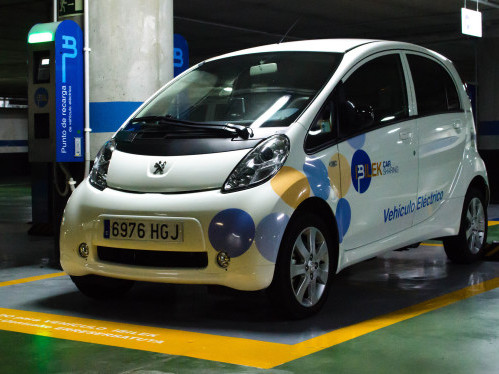 Large-scale progressive change can be accomplished as much by “positive-sum” cooperation as by “zero-sum” thinking, argues a new study co-authored by the deputy director of the UK’s Cabinet Office COP26 Unit.

At this late date, “limiting global warming to well below 2°C now requires transformational change, and a dramatic acceleration of progress,” write Simon Sharpe and co-author Timothy Lenton, a climate and earth systems scientist and director of the University of Exeter’s Global System Institute. The study was recently published in the journal Climate Policy.

While “the achievability of all this is increasingly questioned,” the authors note that this imminent tipping point itself is actually a source of “plausible grounds for hope”. The very urgency of the climate crisis, they explain, “can be activated to propagate rapid change through complex systems.”

And what many policy-makers and diplomats have missed, they write, is how change in complex systems “is often non-linear,” with disproportionate cause and effect. Citing Lenton’s own research, the authors explain that “highly disproportionate change can be caused when a tipping point is crossed; that is, when a small perturbation triggers a large response from a system, sending it into a qualitatively different future state.”

And those dynamics are dominated by positive, or reinforcing, feedbacks—a relationship that can act to further propel change.

But bringing a system to this tipping point “typically requires some ‘forcing’,” which the authors describe as “a change in boundary conditions in a direction that weakens balancing (negative) feedbacks maintaining the initial state and/or strengthens reinforcing (positive) feedbacks that amplify change.”

What does this look like in the real world? In the case of a positive climate action like the widespread use of electrified transport, the imperative “forcing agent” would be policy support.

Another feature of positive feedbacks is that “transitions that are initially reversible may engender reinforcing feedbacks that make them increasingly difficult to reverse over time.” That observation bodes well for climate action, Sharpe and Lenton say, as “a change of government that wants to reverse that support may find itself unable to do so.”

A final factor behind this dynamic is that, “in interconnected complex systems”—such as the ones envisioned by Kate Raworth in her famous doughnut economic theory—“the activation of one tipping point can increase the likelihood of triggering another at a larger scale, and then another at a still larger scale.”

This “upward-scaling tipping cascade” could occur in time (moving “towards a greater degree of permanence”), space (such as expanding into new regions or countries), or across “system boundaries” (for example, “from a product to an economic sector”).

Diving into the Climate Policy report, RenewEconomy writes that the study “focuses on two sectors in which positive tipping points can be detected: power and light transport.”

Norway, for example, “appears to have activated a tipping point in consumer preference: making EVs more attractive than petrol cars to consumers.” The study authors note that as electric vehicles become less expensive, “even governments that care nothing for climate change will want to support the transition in their own countries.” Meanwhile, as the UK rapidly adopts renewable power during the leadup to its hosting of COP26, “the reinforcing feedbacks of diffusion are operating strongly, with rapid cost reductions persisting over decades, and the development of complementary technologies including batteries, demand-side response, and smart grids.”

While those tipping points are extremely powerful once they arrive, they may never happen without policy supports, Sharpe and Lenton warn.

“Whilst many factors—social, cultural, technological, economic, and political—can influence a transition, policy can make a critical difference, by investing in research and development of new technologies, redirecting support from incumbents to disruptors, and reconfiguring markets and institutions.”

RenewEconomy points to Australia’s power sector to show what can (or, rather, can’t) happen without policy support: despite record installation rates of rooftop solar in 2020, and the fact that “installations of enabling technologies such as utility-scale battery systems are picking up in pace,” the country has not achieved the same tipping point as the UK, after failing to introduce “analogous policies such as the Renewable Energy Target.”

The world very much still sees emissions reduction as a zero-sum game, however, with “diplomacy largely focused on encouraging countries to strengthen their unilateral commitments, with attendant costs.” The study authors express hope their “demonstration of positive-sum cooperation, with a small number of actions leading to large-scale changes in the global economy and emissions, could change this, leading to an increasing focus on the search for similar opportunities in other sectors.”

In fact, they add, the existence of multiple avenues to change—specifically the “connection of countries by flows of finance, knowledge, technology, trade, and transport”—may mean the fate of global decarbonization need not depend on policy or multilateral agreements. “Small groups of countries with sufficient political or economic influence in a given sector, coordinating their actions, may be able to catalyze change at the global scale,” they say.

“Targeted investment and international cooperation could bring forward the points when electric aeroplanes outcompete jet-fuelled planes in short-haul aviation; when alternative protein becomes cheaper than meat from animals; as well as when hydrogen produced from renewables becomes lower-cost than hydrogen from fossil fuels.”