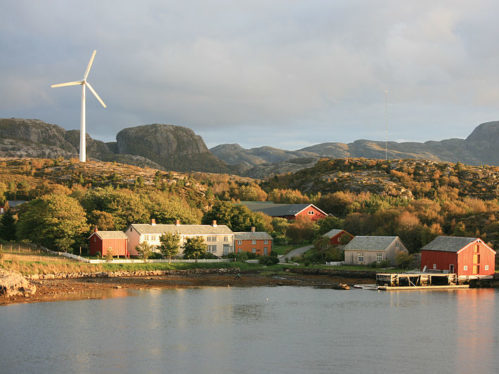 Norway will more than triple its national carbon tax by 2030, from kr 590 to kr 2,000 (US$70 to $237) per tonne of carbon dioxide, under a plan released last Friday by Environment Minister Sveinung Rotevatn.

“We must make sure that it pays to cut greenhouse gas emissions,” Rotevatn told media.

Norway, western Europe’s biggest fossil producer, has promised to reduce its emissions 50 to 55% from 1990 levels by 2030. By comparison, Canada is aiming for a reduction of just over 31%—and the Trudeau government’s comparison year is 2005, when its carbon pollution had already increased 25% since 1990.

Norway is not a member of the 27-member European Union, which committed last month to a 55% carbon reduction by the end of this decade.

Prime Minister Erna Solberg said her country will also release a white paper by mid-year that presents a long-term development path for its energy industries, including fossil fuels. “The government will show how the oil and gas industry will cut, by 2030, its emissions by 50%,” she said.

Reuters says the country’s fossil lobby wasn’t pleased with the announcement, even after the government pledged to reduce other taxes and levies to cap the industry’s costs at kr 2,000 per tonne. “This will be expensive, increase the cost of the Norwegian continental shelf, and could weaken Norwegian competitiveness,” said Anniken Hauglie, the head of the Norwegian Oil and Gas Association. NOGA’s membership includes Equinor, the state fossil company previously known as StatOil.

In recent months, Norway has been a leader in Nordic countries’ adoption of renewable energy, and electric vehicles now exceed 50% of its new car sales. Its biggest pension fund divested its tar sands/oil sands holdings in 2019, and its ban on heavy fuel oil in the environmentally sensitive Svalbard archipelago has been held up as an example to maritime shippers.