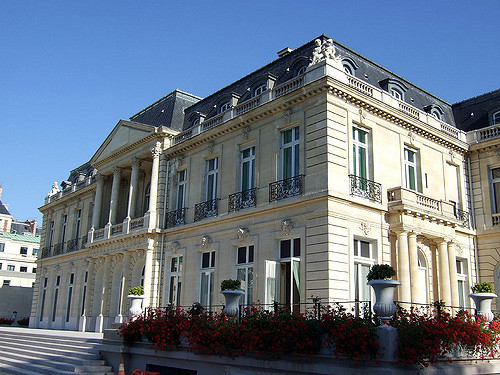 As Paris Agreement climate financing commitments come due, established standards and third-party verification for finance data are desperately needed to win back the trust of poorer nations, urges the editorial board of the journal Nature.

Leading up to the adoption of the 2015 Paris deal, the Organization for Economic Co-operation and Development (OECD) extolled its members’ progress in coming close to their US$100-billion annual commitment to climate financing, recalls Nature. But two short weeks before the agreement was set to pass, the government of India refuted the data.

Where the OECD claimed its members were already providing “around $50 billion annually to low- and middle-income countries,” India set the real figure closer to $2.2 billion, while arguing that the OECD numbers were ripe for “gaming” and “exaggeration.”

The difference in the two calculations was that India’s $2.2 billion figure represented money that had actually been paid out, while the $50-billion OECD figure “include all pledged funding, whether or not the money had reached the recipients.”

Nature adds that OECD methods “also count funding for projects with only a partial link to climate mitigation.” Other critiques have pointed to the OECD’s unfortunate habit of counting repayable loans from developed to developing countries on a par with grants—while the rich countries enjoy by far the lion’s share of the economic and lifestyle benefits of the fossil fuel era that gave rise to the climate crisis.

While the 2015 Paris meeting was put back on track, trust in climate finance data was not. And that mistrust is now “casting a shadow over the next United Nations climate conference (COP 26), scheduled for November, when nations are expected to meet in Glasgow, UK to take stock of their climate commitments.”

And such mistrust is founded, adds Nature, with the latest OECD data on climate finance once again thrown into disrepute. The OECD claims wealthier nations “mobilized nearly $80 billion in 2018—$62.2 billion of it from public sources and $14.6 billion in private finance”—putting them “within touching distance” of their $100-billion target by 2020.

But those numbers don’t jibe with an October Oxfam report revealing that “climate-specific assistance provided by developed countries came to no more than $22.5 billion in 2017-2018.” Adding insult to injury, a December report commissioned by UN Secretary-General António Guterres found that donor countries have been “over-reporting climate-funding data by $3 billion to $4 billion.”

What’s needed is a third-party system for verification, writes Nature, citing comment from Saleemul Huq, director of the Dhaka-based International Centre for Climate Change and Development. “Ideally, verification should fall to organizations or processes that all sides can trust. Only then will there be any hope of resolving these disagreements.”

Climate finance has been “a point of contention” since the creation of the Global Environment Facility at the 1992 Earth Summit in Rio de Janeiro, Nature explains. That organization was intended to assist vulnerable countries with climate protections, “but its complicated rules made it hard for some of the most vulnerable developing nations to obtain funding—especially for climate adaptation projects.”

And while funding bodies like the Green Climate Fund and the Adaptation Fund were purpose-built to better meet the specific needs of vulnerable nations, donor countries have “mostly avoided providing climate finance through these channels, preferring to fund countries directly, or through multilateral development banks such as the World Bank.”

OECD researchers now work from a “rulebook” generated at COP 24 in Katowice, Poland in 2018, but any such “clear criteria and better reporting” cannot change the reality that the OECD simply does not represent the majority of nations, adds Nature.

“A climate finance verification mechanism needs to be found that fully incorporates the perspectives of OECD non-members.”

As to who such a trusted third party might be, Nature suggests an entity that “already has a role in setting data standards, but is not involved in international diplomacy.” The UN Statistical Commission or the International Organization for Standardization could fit the bill.

Observing that COP 26 is “widely seen as the world’s last chance to take meaningful, unified action on climate change,” Nature writes that success will depend on wealthy and vulnerable countries agreeing to “more ambitious targets to reduce emissions,” even as they “ensure that the poorest countries, and those most vulnerable to climate change, receive support as they develop their economies in a more sustainable manner and prepare for the inevitable effects of global warming.”

Noting that the $100-billion annual pledge is “a fraction of what is needed,” Nature urges a global investment shift to support sustainable development. “If global leaders can accomplish that,” the journal says, “Earth might yet have a chance.”