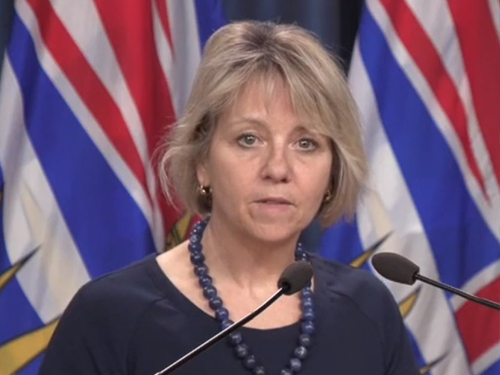 With a conditional green light from British Columbia provincial health officer Dr. Bonnie Henry, Site C dam construction crews are embarking on a staged return to work, even as cabinet officials prepare to review a major study that could shut the project down for good.

Starting last Thursday, reports the Vancouver Sun, workers began to trickle back to the work site near Fort St. John, which had been operating with a skeleton crew of 400 following Henry’s December 29 order to sharply scale back activity in all five of the province’s northern megaproject camps: the dam, the LNG Canada work site and Rio Tinto water tunnel project in Kitimat, and the Coastal GasLink and Trans Mountain pipeline work camps.

In her December 29 directive, Henry wrote that the “rapid increase in the number of persons infected with COVID-19 associated with large-scale industrial projects employing high numbers of workers…has resulted in increased numbers of clusters of people with COVID-19, outbreaks of COVID-19, and the transmission of COVID-19 to surrounding communities—including Indigenous communities—increasing the risk of hospitalizations, intensive care admissions, and deaths in the Northern Health region,” writes the Sun.

Pointing out that her scale-back order would coincide with existing seasonal slowdowns, Henry warned that a “rapid return of large numbers of workers to the work sites and industrial camps will likely further fuel and accelerate the cycle of transmission of COVID-19 among workers and their surrounding communities.”

And yet, as a first step to resumption, Site C and Coastal GasLink have each been permitted to welcome back 400 workers, LNG Canada and Rio Tinto 450 each, and Trans Mountain 50.

A second step will find all five megaprojects welcoming back another third of their work force by the middle of February. By the end of next month, the Sun reports, “the combined work force on all projects will be 4,080,” compared to 1,020 in early January.

As for the long-term future of the dam project, British Columbians await comment on “the much-anticipated Site C status report compiled by former senior civil servant Peter Milburn,” writes the Sun. That missive is now in the hands of Energy, Mines and Low-Carbon Innovation Minister Bruce Ralston.

While many critics of Site C “hope the report will be the evidence needed to finally kill the troubled project,” Ralston declined to speculate, nor would he confirm whether cabinet would even discuss the report at its next meeting, scheduled for today.

By BC Hydro’s own accounting, the Sun adds, there are sufficient problems (including the need to “enhance” the dam’s structural foundations along the right bank of the Peace River) to require the project to “re-baseline” its budget, which already stands at a cool C$10.7 billion.