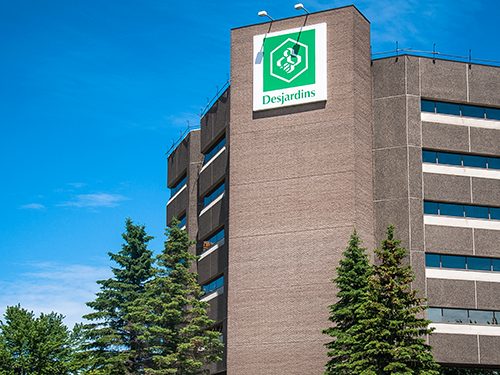 Two high-profile North American investors closed out 2020 with pledges to reduce the carbon footprint of their portfolios, with Lévis, Quebec-based Desjardins Group promising to drop most of its coal investments and the storied Rockefeller Foundation saying it will purge its US$5-billion endowment of fossil fuel holdings.

Desjardins, the continent’s biggest financial cooperative, “said it won’t provide investments, loans, or underwriting for businesses that operate or develop coal mines, plants, or infrastructure,” Bloomberg reported, citing a company release. “It may still work with some businesses that are transitioning away from coal, in line with the Paris Agreement’s phaseout beginning in 2030, and currently use coal to produce no more than 10% of their power.”

The co-op previously announced it was joining the Powering Past Coal alliance, a government-business coalition set in motion in 2017 by Canada and the United Kingdom. [Though not everything is going terribly well for Powering Past Coal these days—Ed.]

Meanwhile, the 107-year-old Rockefeller Foundation, a charitable sector giant built from the fortune of oil baron John D. Rockefeller, is undertaking to “dump its fossil fuel holdings” and “not to make any new investments in the beleaguered sector,” CNN Business stated. The announcement positions Rockefeller as the “largest U.S. foundation to embrace the rapidly growing divestment movement.”

“Burning fossil fuels is not necessary to sustain our economy and economic growth over the long run—and it’s detrimental to our climate future,” said Rockefeller president Rajiv Shah, who led the U.S. Agency for International Development (USAID) during the Obama administration.

He added that fossil divestment “helps to collectively put our thumb on the scale towards a more sustainable future. That’s our hope. That’s our aspiration.”

The Rockefeller announcement “is especially symbolic because the Rockefeller Foundation was founded by oil money” and “built from the proceeds of Standard Oil, a company that at its peak controlled more than 90% of petroleum products in the United States” and was a precursor to colossal fossil ExxonMobil, CNN notes. “More than a century later, the Rockefeller Foundation has decided it’s time to cut ties with fossil fuels because such investments conflict with its mission to lift up humanity. The step puts an exclamation point on the enormous pressure facing the fossil fuel industry as socially conscious investing goes mainstream and the climate crisis intensifies.”