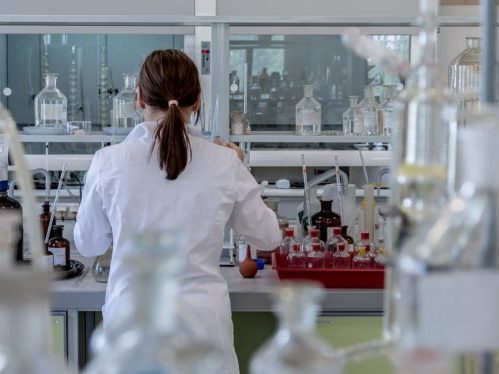 Over the past four years of damaging fiats and undermining actions delivered by the Trump administration, the Environmental Protection Agency has been waging a militant, if quiet, resistance.

The outgoing U.S. administration’s abject failure to lead its country has been harmful to everything from the nation’s pandemic response to its efforts to limit air pollution. But a dedication to public duty and scientific rigour among many of the country’s federal scientists has allowed the mainstream consensus on climate change and its impacts on public health to prevail, reports Inside Climate News.

“In his 2016 campaign, Trump derided climate science as an expensive ‘hoax’ and promised to reduce the EPA ‘to little tidbits’,” writes Inside Climate. Scientists, climate scientists in particular, could not help but hear the alarms signalling trouble—and it wasn’t long after the election when that trouble arrived in force.

“No previous administration in the modern era has so willfully, brazenly, and comprehensively based its decision-making on ignorance,” said Geoffrey Supran, a science history fellow at Harvard University. Among the most bald-faced of the Trump administration’s efforts to discredit science were those that sought to undermine the validity of groundbreaking research into the public health impacts of fine particulate (PM2.5) air pollution.

That research found a clear link between tens of thousands of annual premature deaths and exposure to PM2.5 pollution “even at levels that met the national standard,” writes Inside Climate. Published in 2017 in the prestigious New England Journal of Medicine (NEJM) and based on an analysis of 60 million U.S. Medicare recipients, “the study had great significance for climate, because it underscored the risks of fossil fuels, and great significance for the EPA, because the agency was in the midst of a legally required review of the adequacy of the PM2.5 standard.”

The Trump administration, however, went on the attack, directing EPA public affairs staff to cast doubt on the study by claiming the authors had “failed to take into account risk factors such as smoking, obesity, and income, or the possibility that people had died in car crashes”—a baseless charge, Inside Climate writes, as the study design “factored out more than 100 confounding variables” and incorporated “multiple quality checks, called sensitivity analyses.”

The staffer also accused the Harvard researchers of hiding data from the public, telling the administration-friendly Washington Times the authors “should release the data to better inform the public of the merits of its conclusions.” Just more smoke and mirrors, says Inside Climate, given that the data “was already publicly available from Medicare, the EPA, NASA, and the National Oceanic and Atmospheric Administration.”

Alongside these attacks on academic integrity was insidious pressure from Trump officials to force self-censorship among EPA scientists.

“You change the words. You don’t have ‘climate’ up front. You talk about ‘environmental changes,’ or ‘evolving environmental concerns’,” said Dan Costa, director of the Air, Climate, and Energy Research Program at the EPA’s North Carolina campus.

And then there was the 2018 attempt by Department of Transportation officials to replace an EPA-partnered cost-benefit analysis showing that a clean fuel standard would accrue US$100 billion in direct and associated benefits. The new analysis had no involvement from the EPA, and came to the conclusion that implementing the standard would cost the American public a net $2 billion.

Jeff Alson, an EPA senior engineer who worked on the initial cost-benefit analysis, said his team was “dumbstruck” by the move. In response, Alson joined the 1,600 federal scientists who left their jobs within two years of Trump taking office—and became one of 500 to join the then newly-formed Environmental Protection Network (EPN).

The insider knowledge and expertise since shared by EPN has been a lifeline as the Trump administration works to keep actual scientists off EPA science advisory boards—and instead fills the seats with industry insiders.

Current EPA administrator and former coal lobbyist Andrew Wheeler went even further, disbanding the 20-member committee of experts chosen to advise the EPA’s Clean Air Scientific Advisory Committee. But the PM2.5 review panel did not take its dissolution lying down: the members simply reconvened in a hotel conference room in Arlington, Virginia, and proceeded to hold a two-day meeting “according to the same ground rules that governed EPA’s official science advisory boards.”

The result: a unanimous recommendation “that the PM 2.5 air quality standard be strengthened,” which was submitted to the administrative record and published in the NEJM.

The researchers’ determination to ensure the facts are heard has paid off in other quarters, reports Inside Climate, with “pushback from scientists both inside and outside the agency” subverting administration attempts to block action on climate change. While Trump remains the poster image for climate denial, “his administration did not succeed in making a significant dent in the science.”

Wheeler continues to try, however. “The EPA administrator is aiming to cap his tenure by finalizing a proposal—which in some form has been on the fossil fuel industry’s wish list for years—to limit the agency’s use of any science based on individualized health data,” writes Inside Climate. That includes data used in the 2017 Harvard study on the public health effects of PM2.5.

But legions are rushing to the defence of public health. “In an outpouring of nearly one million comments on the proposal, the nation’s leading public health, science, and academic institutions warned that it would hobble the EPA, barring the agency from relying on the most powerful studies on the health risks of pollution.”

Four years of attacks have left public trust in the U.S. dangerously eroded, concludes Inside Climate. Building it back will be an immediate imperative for the new administration.