Momentum from 2020 Drives Hopes for a Year of Climate Action 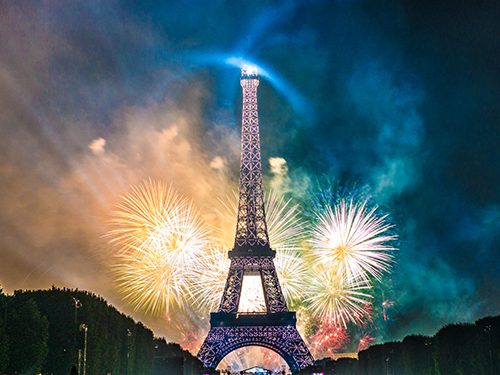 After a horrid year of pandemic lockdowns and searing inequalities that nevertheless produced surprising progress for climate action and carbon reduction commitments, several news outlets are looking ahead to 2021 with something that sounds an awful lot like optimism.

“Like the start of every year in recent history, the planet is getting warmer, climate disasters continue to strike, and emissions aren’t falling fast enough,” writes Bloomberg Green columnist Akshat Rathi. “Unlike other years, however, some positive developments in recent months set us up for a stronger 2021.”

Last fall saw major emitters pledge more ambitious carbon targets. Green economic stimulus deals emerged last year in the European Union and, most recently and improbably, in the U.S. Congress, while China committed to peak its emissions by 2030 and hit carbon neutrality by 2060. The official start of the Biden-Harris administration, which came to power promising a US$2-trillion climate plan, is less than two weeks away. A high-stakes United Nations climate conference convenes at the end of this year.

Carbon Brief has an analysis of the countries and other parties to the 2015 Paris Agreement that “ratcheted up” their carbon reduction targets, in a year when every country was supposed to announce more ambitious plans until the COVID-19 pandemic delayed the process for many.

Even the Brexit deal between the EU and the United Kingdom mentions “climate” 51 times in a 1,256-page text, Rathi says. “This trade deal contains the most ambitious climate language I’ve seen in any trade deal,” said Markus Ghering of the UK’s Centre for European Legal Studies. “The EU has a history of including references to the Paris Agreement, but this deal takes it one step further and makes it a make-or-break issue.”

Add mounting climate concern from major investors and continuing pressure on fossil fuel producers, and there’s a growing sense that climate progress may finally be turning a corner.

“The last few months of 2020 were genuinely encouraging,” Joss Garman, UK director of the European Climate Foundation, told Rathi. “You saw significant climate commitments, despite there not being much spotlight or political pressure and despite the economic carnage caused by the pandemic.”

That matters because, “as the world drastically cuts emissions over the next few decades, it will face many crises,” the columnist adds. “Some may even be as serious as the current pandemic. But all through them, the race to zero emissions will have to continue. What happened in 2020 is then perhaps a strong sign that climate action is starting to be ‘institutionalized’—that is, getting deeply embedded into how the world works.”

Rathi’s list of greatest hits from the year just ended includes a legally-binding net-zero target in the EU and G20-leading emission reductions in the UK—but he still points to a “huge gap in public understanding of the complexity of the solutions and their impact on daily life”. He says it’ll take far greater engagement by a broader swath of the public to raise the political cost of “not scaling climate action to the levels the world needs.”

BBC chief environmental correspondent Justin Rowlatt leads his own list of hopeful signs with the UN climate conference, COP 26, coming up in Glasgow in November, and the carbon reduction promises that China, the UK, Japan, and South Korea brought forward last year. The UN estimates that more than 110 countries representing more than 65% of global emissions and 70% of the world economy have set mid-century net-zero targets, and “with the election of Joe Biden in the United States, the biggest economy in the world has now re-joined the carbon cutting chorus,” he writes.

“These countries now need to detail how they plan to achieve their lofty new aspirations—that will be a key part of the agenda for Glasgow—but the fact that they are already saying they want to get there is a very significant change.”

Rowlatt’s three other milestones are the plummeting cost of renewable energy, renewed business interest in the transition off carbon, and a sense that “COVID changes everything”, triggering green stimulus packages at a time when it’s rarely been cheaper for governments to borrow money.

“The coronavirus pandemic has shaken our sense of invulnerability and reminded us that it is possible for our world to be upended in ways we cannot control,” he writes, creating unprecedented opportunity and momentum to build back better. “The bad news is that, according to the UN, developed nations are spending 50% more on sectors linked to fossil fuels than on low-carbon energy.”

Euractiv is predicting another “decisive year” for the EU’s climate ambition in 2021, with a “mammoth package” of green laws due to be adopted by the European Commission by mid-year. Portugal reinforced that timeline yesterday, affirming a final package of emission reductions as the “top priority” for its six months in the European Commission presidency. Germany, meanwhile, is looking ahead to a “climate election” this fall that will dominate the country’s energy transition agenda, Clean Energy Wire writes.