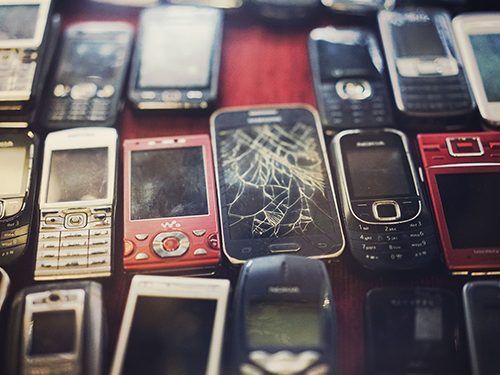 Economics 101 for mobile device developers seems to involve making sure their devices need to be replaced every few years. But consumers are demanding better as the rapidly escalating environmental and social harms associated with smart phone production become ever more clear.

Those short-lived phones, tablets, and laptops come with a profound social cost, reports CBC News, citing a 2018 McMaster University study finding that 85 to 95% of the carbon footprint of a smart phone is generated during its production.

The biggest contributor to that footprint: High emissions associated with the discovery and extraction of the rare-earth minerals essential to a smart phone’s function.

As mining ravages local ecosystems, spreads air and water pollution, and attacks biodiversity, e-waste is also a growing concern. CBC cites recent UN research revealing that the waste stream is turning into a torrent, “comprising 53.6 million tonnes in 2019, up 21% in just five years.” Currently, only 17.4% of global e-waste is recycled.

Then there are the established links between smart phones and conflict, as well as human rights abuses like unsafe working conditions and the infringement of water and land rights.

But also well-established is a pervasive sense among consumers that we “have to” keep upgrading.

“I think people understand that they’re sort of sort of locked into a racket with technology like phones and televisions and computers, where there’s no such thing as a device that you keep for a long time,” said Greenpeace USA special projects manager Rolf Skar. In a 2018 survey of 2,200 Canadians, adds CBC, “44% kept their electronic devices for fewer than three years and 61% kept their devices for fewer than five years.”

Also revealed in the survey: more than 80% of respondents felt that “home appliances and electronics were in most or some cases designed to have a short lifespan.”

Certainly, the companies producing the devices want us to think that. Sometimes, they actually make it so.

Citing a 2017 Greenpeace USA report, CBC writes that high-end phones, especially the Samsung Galaxy 8, which contains edge-to-edge glass on both sides, seem to have literally been built to break. And when many devices do break, they simply aren’t repairable: Greenpeace found that it was impossible to replace the battery or display in nearly 70% of the 40 top-selling gadgets.

CBC says Greenpeace also flagged “efforts by Apple and Sony to block environmental standards to encourage the design of devices that are easier to repair, upgrade, and disassemble for recycling.”

While the extent to which Big Tech explicitly pursues a doctrine of planned obsolescence remains uncertain, Apple’s decision to settle a recent class action lawsuit alleging that its software upgrades were designed to slow down older iPhones is revelatory. The company agreed to pay US$500 million to plaintiffs in March.

Along with lawsuits, emerging right-to-repair laws will also play a critical role in stemming the tide of e-waste. A slate of EU laws are due to be enacted this year, all intended to counter aggressive barriers to easy repair, such as “soldering major components together, refusing to sell replacement parts, and threatening to void your warranty if you open the device, using proprietary screws,” writes CBC. Some manufacturers, such as the Dutch social enterprise company Fairphone, are tackling the issue on the design front, with innovations like modular, fixable devices.

And then there is us. Équiterre notes that many phone plans regularly entice customers to purchase new devices. Consumers need to stop taking the bait, and instead pressure providers to convert customer loyalty points “into advantages that don’t involve buying something,” CBC writes.