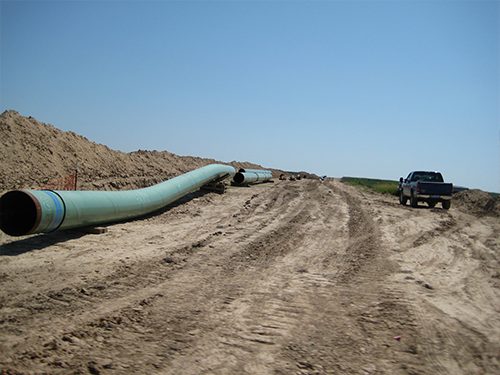 Two Nebraska judges have halted land expropriations along the Keystone XL construction route, citing the likelihood that President-elect Joe Biden’s will cancel the pipeline after he takes office later this month.

If Biden doesn’t stop the intensely controversial project in its tracks, Calgary-based pipeliner TC Energy may have to file a new regulatory application with the state Public Service Commission (PSC) to reflect recent changes to the route, anti-pipeline advocacy group Bold Nebraska reports.

“Due to possibility of withdrawal of presidential approval for the TransCanada project, and in the interest of conservation of judicial resources, this action is stayed pending further order of the court,” added District Judge Christina M. Marroquin in a second ruling December 28. (TC Energy was known as TransCanada until it rebranded in May 2019.)

The rulings likely add up to further delays for Keystone, even if Biden fails to follow through on his campaign promise to scuttle the project once and for all. If the courts determine that TC has “substantially changed” the route since the PSC approved it in 2017, “the company would be required to re-file a new application for a pipeline route with the Public Service Commission—and be back to ‘square one’ in a six- to nine-month process that would include a new ‘intervenor’ hearing where landowners and citizens could again voice their concerns and opposition to the Keystone XL project,” writes Bold Digital and Communications Director Mark Hefflinger.

“In the meantime, landowners on the proposed Keystone XL route in Seward and Jefferson counties at least have been given relief from TransCanada’s ongoing efforts during the coronavirus pandemic to seize their land in court via eminent domain for the pipeline.”

The landowners’ legal team is ready to continue the fight. “Our firm represents the very best of Nebraska—hard-working farmers and ranchers who want to protect the land and water for future generations,” said Domina Law Group attorney Brian Jorde. “Pipeline corporations should be required to first provide direct notice to a landowner whose property they want to take via eminent domain, and should be required to obtain lawful approval of alterations in their pipeline routes. And if they don’t, their permits should be pulled.”

“Landowners continue to protect their property rights from a land grab that is not only greedy but unnecessary. The Keystone XL pipeline will never be built, and yet TransCanada continues to drag hardworking Nebraskans through years of financial burden,” said Bold founder Jane Kleeb. “We fought hard to get a pipeline routing law in place, TransCanada is not following the spirit of that law, and we are happy to see the courts raise these similar questions.”