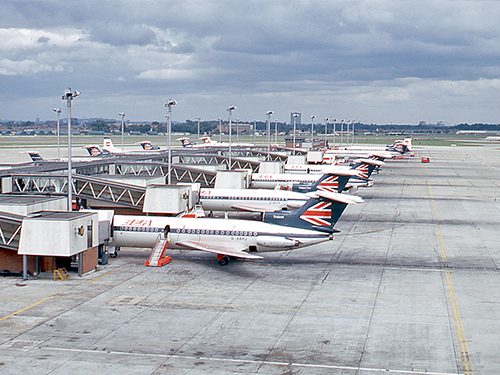 The UK Supreme Court has overturned a lower court ruling declaring a proposed third runway at London’s Heathrow Airport illegal, based on a failure to include the country’s climate commitments in the project planning process. But news reports are still raising serious questions about whether the £14-billion project will ever be completed.

“The decision in February was seen as historic by environmental campaigners, as it was the first significant ruling in the world to be based on the Paris climate agreement, and related cases were subsequently brought against plans to build more roads and gas-fired power plants in the UK,” The Guardian reports.

This week’s Supreme Court ruling “means the airport can now seek a development consent order, a type of planning permission for nationally significant infrastructure,” the paper adds. But “this may be difficult, as it will take into consideration stricter pledges to cut emissions made recently by the UK government, which had accepted the February decision.”

The third runway would increase Heathrow’s capacity by 700 planes per day and translate into a “big rise in carbon emissions,” The Guardian says.

But The Guardian and Bloomberg Green both report that Heathrow, one of the world’s busiest airports pre-pandemic with 80 million passengers per year, has seen a dramatic drop in traffic this year. “Borders are restricted, with the number of passengers passing through Europe’s busiest hub down 88% in November, and 72% year-to-date,” Bloomberg writes. “Heathrow Chief Executive Officer John Holland-Kaye told lawmakers in May that the expansion could be delayed five years or more as result of the coronavirus outbreak. The third runway probably won’t be needed for 10 to 15 years.”

“Heathrow would like to get the approval in the bag, to be ready for when demand comes back in the future, but as things stand, it’s impossible to project when the extra capacity delivered by the third runway will be needed,” analyst John Strickland of JLS Consulting told the news agency. “In the short to medium term, there’s plenty of unused capacity.”

“I still don’t think the third runway is going to happen,” said Plan B lawyer Tim Crosland, who led the case against Heathrow. “The really damaging thing [about the Supreme Court ruling] is the precedent for the other cases,” after the court of appeal deemed the UK’s promises under the 2015 Paris Agreement a “really strong lever” in legal arguments against high-carbon infrastructure.

The Supreme Court also overturned a parallel case by Friends of the Earth UK. “We are disappointed, but pleased that [the judgment] confirms our view that climate impacts will still need to be fully determined at planning,” said the group’s head of legal, Will Rundle. “Heathrow airport expansion remains in doubt and harder than ever, given the [UK’s] increasingly stringent climate policy.”

“Approving Heathrow’s third runway is a betrayal of our children’s future and incompatible with the UK’s climate commitments,” said climate justice advocate Magdalena Heuwieser, a co-founder of the Stay Grounded campaign. “We condemn the reckless and irresponsible verdict. But this fight is far from over.”