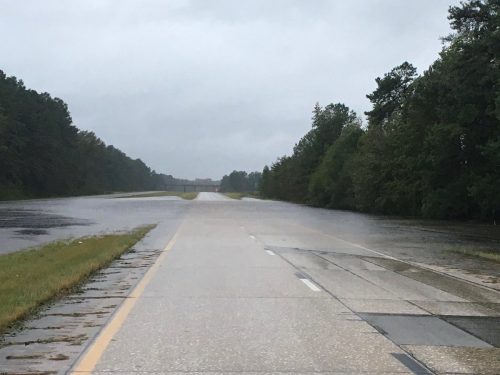 Overreaching, unnecessary, and downright dangerous is how Ontario’s 36 conservation authorities are describing a new provincial law that limits their power to protect an already vulnerable public from increasing flood risks—a threat the Ford government continues shrug off.

“Despite criticism from dozens of municipalities, environmental groups, and public outcry, the province passed legislation that will limit the ability of conservation authorities to assess the environmental impact of developments across the province, and in some cases force them to issue permits even in environmentally sensitive areas against their own scientific advice,” reports the Toronto Star.

Jennifer Innis, chair of the Toronto and Region Conservation Authority (TRCA), told the Star she was particularly shocked by an amendment to the law that allows ministerial zoning orders (known as MZOs) to override local planning rules, even to the point of skipping the permit process—particularly given the ever-increasing flood risk that is coming courtesy of the climate crisis.

Desperate to avoid one particular consequence—being taken to the cleaners in a lawsuit—Conservation Ontario recently passed a motion “asking the province to amend the legislation to indemnify conservation authorities from any liability that comes from being forced to issue permits in areas that could have environmental repercussions.”

Innis told the Star the TRCA is anxious that the indemnification clause be inserted in the new law “so agencies and directors can’t be held financially responsible for any costs related to damages that might ensue if ‘a minister can make whatever political decision they will, not based on science’.”

So far, the province is refusing the agencies any such protection.

Mike Walters, chief administrative officer with the Lake Simcoe Region Conservation Authority, said he doesn’t believe the legislation will achieve what the government is hoping for.

“A lot of the issues that we are facing are not going to go away with legislation,” he said, citing concerns around funding and inconsistencies between authorities. “A collaborative approach with the authorities would have achieved a much better product.”

But the new law will permit housing developers to “appeal any conditions put in place by conservation authorities at a Local Planning Appeal Tribunal (LPAT) or directly to the minister of environment,” explains the Star.

“We need to make sure we have a streamlined process,” said David Wilkes, CEO of the Building Industry and Land Development Association. He told the Star the legislation will clarify the role of the conservation authorities and prevent “mandate creep.”

But critics of the new legislation say it will do the opposite of streamlining—rather, it will “likely further bog down the process.” Hassan Basit, CEO of Conservation Halton, told the Star that what already overstretched conservation authorities like his desperately need are “the right tools to do their job”—particularly as environmental threats get worse.

“Are we going to squander the advantage Ontario has over every other province when it comes to flooding and flood risk, or are we going to take that and improve it further?” he asked.

This is not the first time Ontario’s conservation authorities have found themselves in the crosshairs of policy-makers keen on deregulation, the Star notes. “In the 1990s, the Mike Harris government cut funding to them—from C$50 million to $8 million—with municipalities making up for some of those cuts.” Then, in 2019, the Ford government slashed flood management funding by 50%, despite advice from the province’s own flood expert, who roundly praised conservation authorities for all they were doing to reduce and mitigate risk.

And the conservation authorities aren’t the province’s only line of attack. Star political columnist Martin Regg Cohn writes that Ford—although evidently capable of communicating the facts when it comes to fighting the pandemic—is continuing to “sleepwalk” and “trash talk” his way ever further into the climate crisis, responding with cynical hyperbole to the federal government’s recently announced plan to meet its Paris Agreement targets by raising the carbon tax.

“Judging by Ford’s melodramatic reaction, you might think Ottawa had suddenly bankrupted the population,” writes Regg Cohn. Inaccurately describing the increase as “nothing but a 30% tax grab,” Ford declared, “I’ve never, ever, ever been more disappointed in an announcement ever since [sic] I’ve been in politics.”

Beating back the smoke and wiping down the mirrors, Regg Cohn responds: “Spoiler alert: most Canadians will continue to be fully rebated for the rising carbon levy—currently 4.4¢ a litre at the gas pump, but increasing to 27.6¢ when it is fully phased in by 2030.”