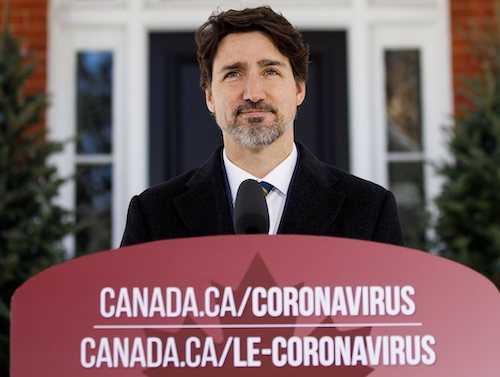 A new federal climate strategy with a C$170-per-tonne carbon price at its core is receiving a largely positive response in initial media coverage, with news outlets and pundits crediting the government of Prime Minister Justin Trudeau with developing a program that might work—and telling provincial premiers to get with the program.

It’s also got one Alberta economist heralding a “put-up-or-shut-up moment” for anyone placing their faith in emissions reduction technology for the Canadian oilpatch.

“For the first time, Canada would have a plan that would actually meet (and possibly exceed) its commitments on reducing emissions under the Paris accord on climate change,” writes the Toronto Star editorial board. “It’s the right thing to do and, overall, it’s the right way to get there.”

“The Trudeau government’s new plan has ambition that is up to the scale of the challenge,” the editors of the Globe and Mail agree. “The necessity of a serious carbon tax has long been clear. It is now poised to become a reality.”

And much as any tax increase has long been seen as a political death wish for any party seeking re-election, particularly in a minority parliament, Globe columnist Campbell Clark says Trudeau seems to be looking forward to taking the issue to voters, 63% of whom cast their ballots in 2019 for parties promising more decisive action on climate change. “It’s almost like he is daring opponents to fight him on it,” Clark writes. “In fact, that’s exactly what he is doing. He pretty much said so.”

Clark digs into the political conundrum Trudeau may be trying to set up for Conservative leader Erin O’Toole, whose party was hurt last year by a climate plan that was “widely panned by experts”. At the time, “the Tories had a retort on that point: The Liberal plan wasn’t going to get Canada to its Paris Accord emissions reduction goals, either. The proposals announced Friday, including a proposal for $15 billion in environmental program spending, allow Mr. Trudeau’s Liberals to say they would reach those goals.”

Which means O’Toole must now “come out swinging against the carbon tax, for his own base, but offer some climate policy of his own. NDP Leader Jagmeet Singh, who has attacked the Liberals as non-credible on climate, will have to show he isn’t being outflanked. Mr. Trudeau is daring them to fight on this ground,” with a plan the Star editorial board says should be welcome news to any true conservative.

“After all, as almost every economist will tell you, the best way to get less of what you don’t want (carbon emissions) is to raise the price of it. Let the market (households and businesses) figure out the details of how to get there,” the Star writes. But while that storyline is scripted for a Conservative constituency, “it is a Liberal government that has seized the moment and decided to double down on carbon pricing as the main way for Canada to finally take effective action on fighting climate change.”

The editors of the Globe pick up the theme.

“Instead of relying on government micromanagement of the economy and business, the Liberals’ carbon plan is built around a clear and simple market lever,” they write. “The big news is that carbon pricing—a decade of annual increases, worth tens of billions of dollars a year—is now the government’s core environmental strategy,” as long as the program itself survives a challenge now before the Supreme Court of Canada.

“In the history of politics, promising to radically increase a tax on almost everyone has rarely been a winning idea,” the Globe notes. “The Liberals may be taking a big risk. But this tax is like no other,” with the $2,000 to $3,800 per year in rebates that it will return to a family of four by 2030.

“This tax is also like no other because its goal is to change behaviour, not to raise revenues,” the Globe editors add. “The aim is for people to do such a good job of reducing emissions, and thereby avoiding the tax, that revenues eventually spiral to zero. The carbon tax’s goal is its own obsolescence”—and it might work, with pricing high enough to have a shot at shifting Canadians’ behaviours and product choices.

In a separate post for the Globe, climate economist Mark Jaccard lays out the reasons for “climate-sincere politicians” to introduce a serious carbon tax—and have the courage to implement it.

While the Ontario and Alberta governments leapt to condemn the federal announcement, Alberta-based columnist Max Fawcett says the 2030 plan could ultimately be a gift to the tar sands/oil sands industry. “It gives them a compelling story to tell about Canada’s commitment to reducing emissions—one that is far more important now that U.S. President-elect Joe Biden gets to decide the fate of the Keystone XL pipeline,” he writes for the Globe. “It also gives them something new to talk about with the growing list of major institutions that have either pledged to divest from fossil fuels or are strongly considering it—one that added New York state’s US$226-billion pension fund to its ranks just last week.”

But that also depends on Alberta fossils delivering on their long-standing, long-stalled promise to drastically reduce their production emissions. [It also hinges on other countries’ willingness to wish away the far larger downstream emissions that occur when fossil products from Alberta or anywhere else get to their final destination and are used as directed—Ed.]

“If you can drive your emissions down quickly, you’re going to be at a competitive advantage,” tweeted University of Alberta economist Andrew Leach. “This is a put-up-or-shut-up moment for a lot of emissions reduction tech cheerleaders.”