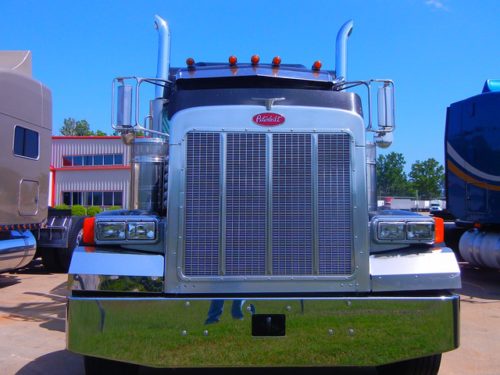 A new report calls for Ottawa to provide financial support to help the freight transportation industry reduce greenhouse gas emissions through the purchase of zero-emission vehicles and charging stations.

The report, released last Thursday by the Pembina Institute in conjunction with some of Canada’s largest shipping companies, calls for a national strategy to facilitate the industry’s transition to zero-emission vehicles—a shift the groups say can’t happen without significant financial incentives from all levels of government.

“There is currently no national zero-emission vehicle policy and investment strategy for goods movement, from last-mile deliveries to the heavy-duty freight sector,” the report says.

“In the absence of such a strategy, market transformation has been slow, even for those companies that are eager to make the changes necessary for a clean economy.”

The report was produced by a coalition called the Urban Delivery Solutions Initiative, which includes companies such as UPS and Purolator. The Pembina Institute, which led the development of the report, is a non-profit think tank that focuses on policies that facilitate the transition to cleaner energy sources.

The coalition provides a number of specific recommendations as part of an overall strategy for Canada’s freight sector to get 25,000 new zero-emission vehicles on the road by 2025.

The organization says the procurement of zero-emission vehicles by freight companies will cost C$5 billion; $350 million for charging and refuelling infrastructure for the vehicles; and $36 million for labour market programs to train workers in how to operate and maintain the new vehicles.

The organization argues that intervention by the government in helping to make these investments will be needed if Canada is to meet its commitments to reducing greenhouse gas emissions under the Paris climate agreement, as well as the federal government’s promise to achieve net-zero emissions by 2050.

“The federal government has an important role to play in coordinating policies so we don’t have an ad hoc approach and we can really see that transformational change in the largest and busiest cities in Canada,” said Carolyn Kim, Pembina Institute’s transportation director.

Transportation produces 25% of emissions in Canada, and freight sources account for 42% of those, Kim said. Emissions from freight are expected to surpass those from passenger vehicles by 2030, the report says.

Yet for the most part, the report says, policies regarding zero-emission vehicles in Canada are targeted towards light-duty passenger vehicles, with limited references to goods movement and medium- and heavy-duty commercial vehicles that can be major polluters.

Mary de Guzman, head of corporate social responsibility at Purolator, said the issue of pollution from freight might have fallen under the radar because of a perception the industry would be able to self-fund investments into zero-emission vehicles.

Purolator has already rolled out some greener delivery vehicles, such as electric low-speed vehicles and e-cargo delivery bikes. But the scope of the investments needed into technologies such as charging stations makes it impractical to maintain a full fleet of zero-emission vehicles without incentive programs, she said.

The Pembina Institute’s call to action comes as freight companies handle a record number of packages, with more Canadians shopping online due to COVID-19. Companies such as Purolator and UPS have added thousands of new employees and expanded their fleets of delivery vehicles this year in an effort to process the surge in parcel shipments.

This report by The Canadian Press was first published Dec. 10, 2020.