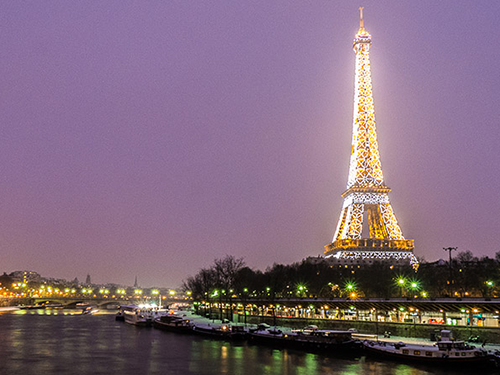 Leaders and diplomats from 75 countries closed out the Climate Ambition Summit Saturday with solid progress in the road to stabilizing average global warming at 1.5°C, but a lot more ground to cover before they reconvene in Glasgow next year for the next United Nations climate change conference, COP 26. (This story has been updated with climate community comments on the results of the summit.)

Before this year’s COP was derailed by the COVID-19 pandemic, it was supposed to be another make-or-break “moment” on the road to climate stabilization, after the 2015 Paris Agreement called for countries to commit to faster, deeper carbon cuts by the end of this year. At the close of the day-long virtual session, COP President and UK Energy Secretary Alok Sharma said the official pronouncements had included 45 Nationally Determined Contributions (NDCs), 24 net-zero commitments, and 20 adaptation and resilience plans from the assembled countries.

The World Resources Institute (WRI) says 125 countries representing 44.6% of global emissions have committed to “enhance ambition or action” under the Paris deal, 22 representing 8.6% of emissions have submitted new NDCs to the United Nations climate secretariat, and another six have said they intend to do so.

“What really matters is what people across the world think of our ambitions,” Sharma said. “And, in judging those ambitions, they will likely ask two questions: First, have we made any real progress at this summit? And the answer to that is: yes, we have.

“But they will also ask if we have done enough to put the world on track to limit warming to 1.5°C, and protect people and nature from the effects of climate change. To make the Paris Agreement a reality. Friends, we must be honest with ourselves, the answer to that is currently: no. As encouraging as all this ambition is, it is not enough, and the clock continues to tick.”

Faced with “a scale of human tragedy and natural devastation the world has never seen,” he added, “the choices we make in the year ahead will determine whether we unleash a tidal wave of climate catastrophe on generations to come. But the power to hold back that wave rests entirely with us.”

Climate campaigners following the negotiations acknowledged the progress during the summit but pointed to the deep gaps between countries’ commitments and the scale of action the climate crisis demands.

“The Climate Ambition Summit lacked real ambition,” said Tim Gore, head of climate policy at Oxfam. “Commitments to near-term emissions cuts are still insufficient to limit warming to the 1.5°C Paris goal, and the summit was all but silent on the question of new funds to lower-income countries to help them adapt to climate change and decarbonize their economies.”

“It was good to see so many world leaders announcing revised national climate plans as part of the Paris Agreement,” said Christian Aid Climate Policy Lead Kat Kramer. But “it’s shameful that countries like Russia, Saudi Arabia, and Australia have so far failed to come forward with new pledges and risk catastrophe for themselves and vulnerable communities around the world.  With countries both rich and poor committing to new climate plans, these rich polluters have no excuse to continue to bury their heads in the sand.”

“New and improved national climate pledges would be a fitting fifth birthday present for the Paris Agreement, and a sign to the world’s vulnerable people that leaders are listening and acting to tackle the climate crisis,” said Mohamed Adow, director of climate and energy at Power Shift Africa. “But it’s striking how many others are still missing when the urgency of addressing climate breakdown has never been clearer. COVID-19 may have occupied the headlines, but 2020 has seen floods, hurricanes, and droughts continue apace throughout the world.”

“The EU is congratulating itself for its climate policies and for its efforts to raise its 10-year decarbonization target, but Europe’s leaders have lost sight of equity,” said Friends of the Earth Climate Justice Campaigner Susann Scherbarth. “Europe has pumped out much of the carbon warming the atmosphere today—yet, while EU policies are evolving, our leaders are still not doing Europe’s fair share of action to halt the climate crisis and fulfill the agreement they made in Paris five years ago. It’s the planet and people around the world worst hit by climate chaos who will suffer.”

“Any celebration of the Paris moment rings hollow, and smacks of yet another effort to pull the wool over the eyes of the public,” said Meena Raman of Sabahat Alam Malaysia/Friends of the Earth Malaysia and the Third World Network. “The truth is that the global North is very far from doing its fair share, not only on emissions reductions, but also on enabling adequate adaptation, addressing loss and damage in poor countries, and in providing real climate finance.“

Leading into the summit, one of the big questions was which countries would be on hand to showcase their climate commitments, and which would be uninvited. In the end, China, India, and Canada made the cut, but Australia, Brazil, and South Africa did not.

“Organizers stressed that only national leaders with the boldest plans made during the course of the year would be given a platform,” Climate Home News reported in the lead-up to the event. “Their pre-recorded video messages of up to two minutes will be interspersed with statements from business and civil society groups.”

“We want this summit to be focusing on the positive rather than focusing on who might not be present, because I think it’s a huge opportunity for the world to come forward and see that countries from across the spectrum are committed to further ambition,” Young said, after the final invitation list was released.

The decision didn’t go down well with Morrison, an avowed coal and fossil gas supporter whose government has gone to great ends to obstruct climate action and renewable energy development on a continent ravaged by heat and wildfires. “While Morrison told Parliament on Thursday that he was not bothered by the snub, the government is privately furious and much of its anger is directed towards British Prime Minister Boris Johnson, who is hosting the conference in partnership with the UN and France,” the Sydney Morning Herald reports.

Chinese President Xi Jinping generated considerable commentary and analysis with 2030 pledges to reduce the carbon intensity of his country’s economy by 65%, boost solar and wind capacity to 1,200 gigawatts, from 415 at the end of last year, bring non-fossil energy to 25% of total production, and increase forest stocks by six billion cubic metres. The general consensus among climate analysts was that the new targets were encouraging, but more will be needed to drive China’s commitment earlier this year to hit carbon neutrality by 2060.

“These new targets provide some additional clarity on how China will start to bend its emissions and reshape its economy to orient toward the goal of carbon neutrality, but additional targets will be needed in the coming months,” wrote Jake Schmidt, managing director of the international program at the Natural Resources Defense Council. “Key near-term targets being decided in the coming months will require greater ambition in order to fully align with China’s goal of achieving carbon neutrality before 2060,” beginning with the new five-year plan the country is expected to release in March.

“2020 has brought up some game-changing developments,” he wrote. “One of them is the potential impact of the U.S. returning to the Paris Agreement,” along with “game-changing commitments for emissions reduction targets” from the European Union and China.

“The COP 26 Presidency must harness these to renew trust and hope in the climate regime and to generate further ambition,” he said. But with those developments, “some serious momentum could be building among the major emitting countries and G20 members, which has until recently been sorely lacking,” and “there is the potential for similar momentum from the private sector and sub-national actors.”

But Pulgar-Vidal said COP 26’s ability to “set out an inspiring vision and rekindle hope and enthusiasm for the coming few years” will also depend on a more ambitious agenda for the conference itself. That will begin with settling the long-standing “laundry list of tasks and agenda items” left over from past conferences, beginning with the endless, granular debates around Article 6 of the Paris Agreement. But after that, at minimum, it will be up to COP 26 delegates to:

• Align NDCs and nations’ long-term strategies with a 1.5°C target;

• Take action on the “nexus” between climate and nature;

• Drive a green recovery from the COVID-19 pandemic;

The last of those points was on the agenda at a meeting of the Least Developed Countries (LDC) forum last Wednesday. The countries “called on rich nations to provide more financial aid to help them adapt to climate change and recover from disasters such as flooding, typhoons, and drought,” Climate Home reports.

“We need developed countries to fulfill their climate finance commitments,” UN Secretary General António Guterres told the group. “That includes the decade-long goal of mobilizing US$100 billion a year for mitigation and adaptation. We are not there yet.”

Guterres also urged donor governments and development banks to direct at least half of their climate finance towards adaptation and resilience, compared to the 20% they currently send in that direction.

Climate Home notes that the latest figures from the Organization for Economic Cooperation and Development (OECD) show international climate finance increasing 11% in 2018, to US$78.9 billion. But three-quarters of that fund took the form of loans, not grants, flowing to the world’s poorer or poorest countries from those that have benefited the most from the fossil fuel era. Developing countries and their civil society supporters have been critical of that aspect of the OECD’s methodology for years.

The UK’s Sharma declared himself “totally committed to the $100-billion climate finance goal,” Climate Home notes, just a month after his government reduced its overseas aid budget from 0.7 to 0.5% of GDP.

Climate Home has more on the issues the LDC countries are facing and the commitments they’re making to climate mitigation and adaptation.

In a blog post leading up to the ambition summit, the WRI’s Molly Bergen and Helen Mountford pointed to six signs of progress in the five years since the Paris conference, including the more than 1,000 big corporations that have signed on to major emission reductions, the major cities that are improving urban life while building climate resilience, the financial institutions recognizing that fossil fuels are a bad investment, technological advances in renewable energy, the growth of social movements demanding faster, deeper carbon cuts, and accelerated climate action at the national level.

Veteran climate negotiator Alden Meyer, now an analyst with the E3G climate think tank, agreed. “Emissions are not being reduced at the rate that science says we need,” he told Reuters. But “we are seeing the payoff of the push we all made in Paris. Net-zero was a radical concept not too long ago.”

But in the same wire service story, Ugandan youth campaigner Vanessa Nakate had a much more stark assessment. “You already determined our present, which is obviously catastrophic,” she said of older generations. “Now fix the future.”