Want People to Act Unselfishly? Don’t Call Them as ‘Consumers’ 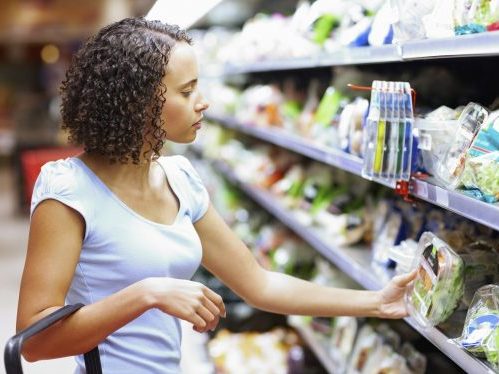 Policy-makers looking to persuade people to act in the common good should pay close attention to their language, choosing relational terms such as citizen, neighbour, and community member rather than increasingly ubiquitous—and destructive—words like consumer, customer, and shopper, according to University of California researchers.

U.S. citizens rallied undaunted to the national cause of shopping during the Black Friday and the long Thanksgiving weekend, writes Kate Yoder for Grist. In fact, in the face of the pandemic, Americans spent a record-breaking US$9 billion on the Friday, and $10.8 billion on the Monday.

Set in the context of the climate crisis and a world awash in waste, Yoder notes that these manic consumers were arguably tapping into the root Latin meaning of their near-to-a-fault descriptor: “consumere, meaning to destroy, devour, waste, or squander.”

Roundly proving the truth in that etymology, she adds, is a 2015 study finding that “household consumption is responsible for about 60% of global greenhouse gas emissions, and between 50 and 80% of all land, material, and water use.”

That the use of language has been changing to reflect and drive the hunger for yet more “stuff” was confirmed in 2013 by University of California researchers who, using the word cataloguing tool Google Ngram, discovered that “the last two centuries had brought a remarkable increase in the use of words related to acquisition, like get, self, and choose.”

Meanwhile, the study found, “people were using community-focused words like give less often.”

Common alternatives to consumer, however, aren’t without their own baggage. “Citizen sounds promising, as it’s basically somebody who lives in a city and long carried a unifying sense of ‘we’re all in this together’,” writes Yoder. The problem with the term is that “the common legal use excludes non-citizens.”

What’s needed is “language that directs people away from buying things and toward spending time in nature and helping their communities,” said Arran Stibbe, a professor of ecological linguistics at the University of Gloucestershire.

“All those things that would genuinely give some well-being don’t cost anything, and don’t destroy the environment,” he said.

Yoder cites Doughnut Economics author Kate Raworth as one practitioner who’s already on that path. In her approachable 2017 treatise on sustainable economics, Raworth wrote that using terms like neighbours, community members, and global citizens will be “incredibly precious for securing a safe and just economic future.”