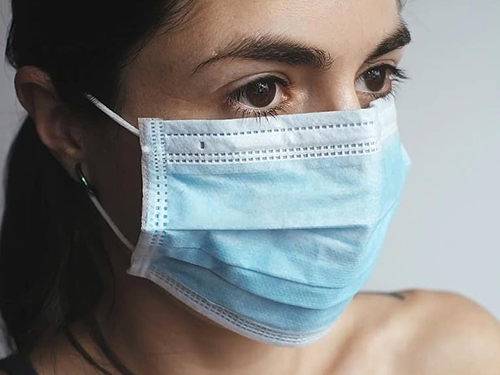 We’re bringing you this post on what doesn’t work with pandemic shaming because it has a lot to say about how we communicate about the climate crisis—and how we listen to what we hear back.

The idea that “shame and force are ineffective ways to try to change behaviour” rings just as true in conveying the urgency of the climate crisis as it does in countering pandemic denial. So climate campaigners and communicators might want to think about how we adopt and adapt the concepts of harm reduction and clear, respectful risk communication from their original home in health care and addiction recovery. Especially if it means shifting the emphasis from getting our personal carbon footprints just right, and blaming people who don’t, to the bigger-picture climate solutions that citizens can only drive or control by hearing each other and working together.—Ed.

With the holiday season continuing and the spread of COVID-19 widely expected to worsen, many of us face the same gut-wrenching decision: to gather or not to gather? Do we take comfort in familiar rituals with family and friends—or should we limit celebrations to the relative isolation of our COVIC-19 bubbles?

During a pandemic that has already claimed more than 1.4 million lives worldwide, the safest strategy, unquestionably, is to abstain from festivities with those outside of our immediate households. But not everyone values safety more than social connection—and public shaming and blanket demands for abstinence can backfire. How, then, can we balance our security and sanity, to ensure that we save as many lives as possible?

A concept developed by and for people who inject drugs can help.

Known as “harm reduction,” the idea emerged during the AIDS crisis of the early 1980s and has since become an international movement in public health, taught everywhere from medical schools to syringe exchange programs. While the term is now ubiquitous in the media, its grassroots origins in drug using communities are rarely acknowledged, which obscures much of what it can teach.

One guiding concept is that shame and force are ineffective ways to try to change behaviour, especially when people feel that the relevant activity is critical to their emotional survival. At best, tough tactics drive the behaviour underground. With harm reduction, in contrast, solutions are not imposed from above but instead arise from a respectful collaboration between affected people and health workers.

Consider, for example, the syringe exchange programs where the idea of harm reduction was first developed. The first needle exchange was conceived and carried out by people who inject drugs themselves, in 1981, before HIV was even identified. The previous year, in Rotterdam in the Netherlands, Nico Adriaans had founded an activist organization he called a “junkie’s union,” with the idea of reclaiming that stigmatized term as other marginalized groups have done.

In response to an outbreak of hepatitis B, an infectious liver disease, the group began providing users with clean needles—and public health officials funded their work. Since Adriaans himself injected drugs, he knew what outsiders didn’t—that sharing needles was not an enjoyable “ritual” but rather a last resort. He saw immediately that people would change if they had the choice. Such inside knowledge is often essential to crafting effective public health strategy.

The basic idea behind harm reduction is that the goal of policy or individual actions should be to do the least possible damage, recognizing that people will not always adhere to the preferences of health authorities—or even to their own preferences, for that matter. But minimizing the harm associated with health decisions can save and improve lives. In 1986, the U.K. adopted needle exchange from the Dutch to fight AIDS, and people who use drugs and public health officials there began to conceptualize and spread the broader idea of harm reduction as a guiding principle.

In the case of COVID-19, we already know that many of us will continue to socialize, despite the pandemic. It’s fundamental to human biology: Our brains are wired to require social contact to relieve stress and, often, to experience pleasure. Research just published in Nature Neuroscience shows that we literally crave social contact. In fact, these cravings are driven by the same circuitry as addiction, the difference being that the latter is essentially a harmful biological and psychological attachment to a drug rather than a person. And so, shame and stigma are unlikely to help, just as they don’t work to fight yearnings for drugs.

Instead, to help people protect themselves, harm reduction experts say it’s important to understand their goals and dreams, and not simply impose our own priorities and values.

A related and important idea is that risk communication must be respectful; it should give people the benefit of the doubt that they can digest information, weigh risks, and make choices for themselves. In the early days of the AIDS epidemic, many health officials argued that the only way injectors could manage their risks was to quit altogether. In contrast, harm reductionists found that treating people as if they were capable of making better decisions actually enabled them to do so. For example, studies link participation in needle exchange with improvements in health, reduced numbers of injections, and increased treatment admissions. Indeed, since syringe service programs and other measures to expand needle access were first introduced in the U.S., the rate of HIV infection among injection drug users here has fallen by 80%.

During the COVID-19 pandemic, however, risk communication has been spotty, and at times patronizing. Look no further than the initial decisions by the National Institutes of Health and other health officials to downplay the effectiveness of masks in order to reserve them for health care workers. On March 6, for example, Anthony Fauci, director of the NIH’s National Institute of Allergy and Infectious Diseases, told “60 Minutes” that there is “no reason for people to walk around with a mask.” Although these initial pronouncements were also affected by a lack of data, the public was not given clear information about the reasoning behind them and the reasons why these recommendations were later reversed. In harm reduction, clear communication is essential to maintaining trust.

But perhaps the most important harm reduction idea for the holidays comes from the late Alan Marlatt, who was a leading addiction researcher at the University of Washington. He identified a phenomenon he called the “abstinence violation effect,” which applies when people take an all-or-nothing approach to risk behaviour. Known more colloquially as the “f— it effect,” it is especially dangerous when we’re all suffering pandemic fatigue.

Here’s the basic idea: When you set complete abstinence as your only measure of success, any slip can feel like the end of all progress. This makes small lapses—which are extremely common when people attempt to change a behaviour—far more dangerous. You think, “I’ve already blown it, what’s the point?” And then, one sip of beer becomes 10 drinks, and maybe some cocaine.

Harm reductionists take a different approach. They prioritize safety in the most dangerous situations, without expecting perfection at every second. If you lapse, you examine what led up to it and use that information to do better next time. You seek positive change, rather than punishing yourself.

How would this apply to COVID-19? It might mean being less concerned about transmission via surfaces, but being diligent about wearing masks. It might mean allowing yourself the occasional outdoor picnic with friends, but foregoing indoor dining at your favourite restaurant. You identify where risk is highest and focus your efforts there, conserving will power for when it is needed most.

Harm reduction detractors commonly argue that providing information to minimize harm merely serves to condone and promote risky behaviour. But research shows otherwise: Studies have found, for example, that needle exchange participants are more likely to seek to quit drugs, not less. The results for people who use prescription heroin to treat addiction are similar: They stay in treatment longer and show greater reductions in illegal drug use, compared with traditional medication treatment.

So as we prepare to celebrate Chanukah, Christmas, Kwanzaa, and other holidays over the coming months, we should recognize that imperfection is not failure, and that one slip doesn’t mean all is lost. We’re all desperate for outside social contact at this point; blaming and shaming people for seeking it will only prompt resistance, denial, or subterfuge. Each of us needs to weigh the risks against our own values, keeping in mind that during a pandemic, individual choices affect the collective.

With tools like these, we can concentrate our efforts on the strategies most likely to protect us, rather than expecting ourselves—and everyone else—to consistently “just say no.” Using harm reduction, both on an individual and a population level, would likely save more lives than unrealistic demands for complete abstinence.

And for that crucial insight, we can thank a group of people who used drugs—and who also believed steadfastly in the human capacity for positive change.

Maia Szalavitz is author of the New York Times bestseller, “Unbroken Brain: A Revolutionary New Way of Understanding Addiction.” Her next book, a history of harm reduction, will be published in 2021.