New Report Shows Path to 1.5°C with Less Consumption, Basic Income, and a ‘Good Life for All’ 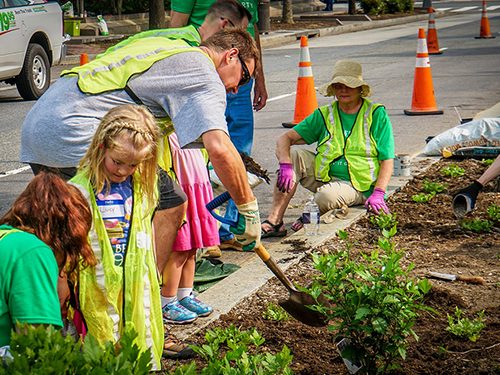 A 25% reduction in average living space in developed countries, less food waste and meat consumption, less road-based transport, better infrastructure, and “relocalization” of economies are key elements of a new 1.5°C scenario from two European think tanks that charts a course to stabilize the climate by mid-century, while balancing the economies of the Global North and South.

The Societal Transformation Scenario (STS) released last week by the Heinrich Böll Foundation and Konzeptwerk Neue Ökonomie “assumes a socio-ecological transformation, leading to a better life while reducing consumption and production in the Global North,” the two organizations state. They contrast their approach with standard scenarios from the UN Intergovernmental Panel on Climate Change (IPCC) that assume continuing economic growth through 2100, and often rely “on high-risk carbon dioxide removal technologies and on a dangerous ‘overshoot’ of the 1.5°C limit.”

Compared to the Low Energy Demand (LED) scenario in the IPCC’s October, 2018 1.5°C pathways report, the STS reduces cumulative carbon dioxide emissions over this century from 391 to 320 billion tonnes, or gigatonnes, while increasing sequestration from 169 to 232 Gt. It results in dramatically lower energy demand in developed countries and far lower primary energy production world-wide, while reducing fossil fuels from 16 to 9% of total energy production and nuclear energy to zero.

“The STS assumes ambitious technological development in the fields of renewable energy and efficiency increases,” the organizations write in an FAQ for the scenario. “These advances are fundamental in limiting greenhouse gas emissions. We do, however, believe that they should work in tandem with societal transformation towards less consumption and production and not in tandem with high-risk technological measures such as ‘negative emissions’ geoengineering technologies.”

The FAQ points to new economic thinking that will be needed to drive the consumption shifts that Heinrich Böll and Neue Ökonomie envision. “Reductions of consumption and production without any larger societal change lead to economic recession and social hardship,” they write. That makes the drive for 1.5°C a part of a transformation that “is not primarily about producing and consuming less but instead about fulfilling concrete human needs, redistributing wealth, and serving common welfare—fostering cooperation, care, solidarity, and sustainability to achieve a good life for all.”

“By a ‘good life’, we understand a life of dignity and self-determination allowing the fulfilment of essential needs including basic, necessary, and sustainable material welfare and travel as well as social protection,” the report explains. “The STS assumes that different sectors of production and consumption will be reduced as the result of democratic deliberation—because they are unsustainable and/or do not primarily aim at fulfilling human needs.”

That vision translates into a society that learns how to “prosper beyond growth, with redistribution of wealth and work as a fundamental building block,” the authors add. “This assumption is not naïve; it is backed by the findings of a still small but lively practical and scientific debate, by thousands of real-life alternatives and practices throughout the world, and by manifold traditions in organizing human life to the well-being of each member of the community.”

The FAQ envisions governments setting the stage for that future by “taxing resources instead of labour, making social protection systems independent of economic growth, reducing working hours, introducing basic incomes and a maximum wage, decelerating life, and democratizing (economic) decision-making. Although these changes might not all have a direct material impact on GHG emissions, they are prerequisites to increasing human well-being while reducing material consumption.”