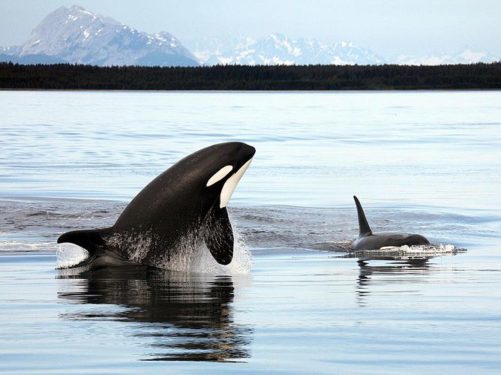 While scrubbers on ocean-going ships do help reduce sulphur emissions, they also place marine waters at extreme risk from acidic sulphur waste and other toxic contaminants that get dumped overboard, and they fail to tackle particulate matter or black carbon, a recent report concludes.

“The number of ships using exhaust gas cleaning systems, better known as ‘scrubbers,’ has grown from just three ships in 2008 to more than 4,300 in 2020,” reports the International Council on Clean Transportation (ICCT). While these scrubbers “are effective at reducing air emissions of sulphur dioxide (SO2),” the marine environment is suffering as the resultant collected sulphur, along with known carcinogens like polycyclic aromatic hydrocarbons (PAHs) and heavy metals, is then “dumped overboard in the form of washwater, also called discharge water.”

What’s more, International Maritime Organization (IMO) guidelines for scrubber discharges “have not been strengthened since 2008, despite being reviewed in 2009, 2015, and 2020,” writes ICCT. Those guidelines “ignore the cumulative effects of many ships operating and discharging in heavily trafficked areas.”

And then there is the fact that “particulate matter emissions are nearly 70% higher” in heavy fuel-powered ships equipped with scrubbers, compared to scrubber-less ships using lower-sulphur marine gas fuel. Black carbon emissions are 81% higher in diesel ships with scrubbers than with ships that use cleaner fuel instead.

The ICCT also found that “direct CO2 emissions are 4% higher using HFO (heavy oil fuel) with a scrubber compared to MGO (marine gas oil).” While “HFO has lower upstream emissions than MGO, the extra fuel consumption associated with powering the scrubber results in 1.1% higher CO2 emissions on a life-cycle basis when using HFO,” the group adds.

The report found that scrubber discharges release wastewater that is “more acidic and turbid than the surrounding water,” characteristics that contribute to ocean acidification and to worsening overall water quality. PAHs and heavy metals released by the scrubbers bioaccumulate in the environment and food chain, where they “have been linked to cancers and reproductive disorders in threatened and endangered marine mammals, including southern resident killer whales and beluga whales.”

With such threats in play, the ICCT recommends that governments immediately prohibit scrubber discharge “in ports, internal waters, and territorial seas.”

Further, the IMO “should consider prohibiting the use of scrubbers on newbuild ships and phasing out scrubbers on existing ships, because scrubbers are not equivalently effective at reducing air pollution compared to using lower sulphur fuels.”